In the same week Trump was widely accused of “treason” by hysterical media pundits, deep state operatives and Democrat hacks for daring to question the same intelligence agencies which lied about WMDs in Iraq, Trump’s overall approval rating moved up 1 point to 45 and those saying they “strongly approve” of the job he’s doing jumped 3 points.

“The more Trump gets criticized by the media, the more his base seems to rally behind him,” one Democratic pollster told NBC News. 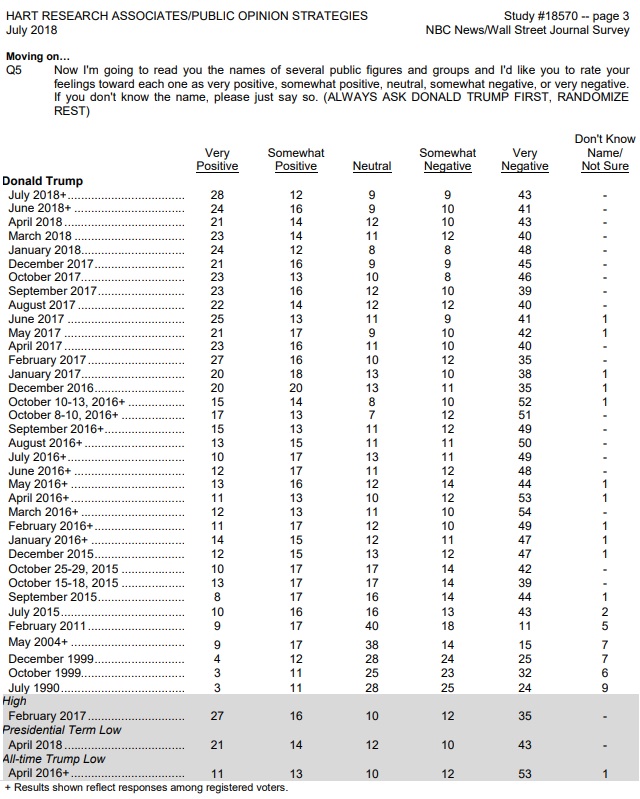 Trump hasn’t even begun to fight back. He told Tucker Carlson last week he’s open to declassifying evidence of the deep state’s crimes in the coming months (the president can declassify anything for any reason without any restrictions).

NBC Snooze and the War Street Journal both decided to bury the lead in their coverage of their own poll. 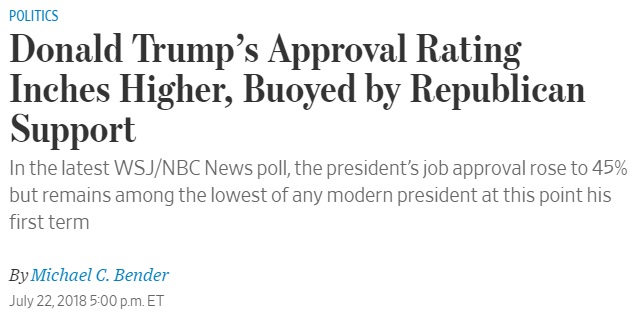 Regardless, here some of the highlights from NBC News:

…the new NBC/WSJ poll finds the president’s approval rating among Republican voters at 88 percent — the highest of his presidency — and 29 percent of all voters strongly approve of his job, which is another high for Trump in the poll.

[…]And 50 percent of voters support Trump’s handling of the economy, which is up 8 points from October.

Note, the economy is the top issue going into midterms:

…asked to name the top one or two issues that will decide their vote in November, a combined 36 percent said the economy and jobs; 33 percent said health care; 27 percent said immigration; and 20 percent said guns.

A month ago, the top combined responses were health care (38 percent), the economy and jobs (37 percent), guns (25 percent) and taxes and spending (24 percent).

The Democrats’ lead for the midterms has shrunk from 10 points to just 6 points:

The NBC/WSJ poll shows 49 percent of voters preferring a Democratic-controlled Congress as the outcome for November’s midterm elections, versus 43 percent who want Republicans to stay in charge.

That 6-point lead in congressional preference for Democrats is down from last month’s 10-point margin, 50 percent to 40 percent, though the difference is well within the survey’s margin of error.

Independent voters prefer a Democratic-controlled Congress by more than 20 points, 48 percent to 26 percent.

And Democrats continue to enjoy an enthusiasm advantage heading into the midterms: 65 percent of Democratic voters have a high level of interest in the upcoming elections — registering either a “9” or “10” on a 10-point scale — compared with 49 percent of GOP voters. 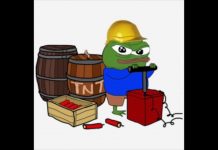 How Much Gold Is Left To Mine In The World?