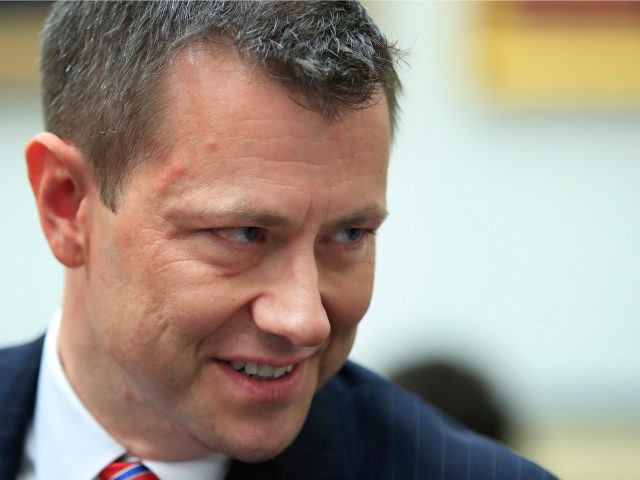 NEW YORK — In statements largely unreported by the news media, FBI official Peter Strzok described an alleged debate that took place within the FBI about how aggressively to pursue the Russia collusion investigation based on Donald Trump’s poll numbers in the 2016 presidential election.

Strzok made his statements about nine hours into Thursday’s televised congressional hearing during a section in which he was explaining his infamous August 2016 text message referencing an “insurance policy” in the event that Trump wins the election.

“The insurance policy text that has come up before?” began Strzok.  “That text represented a debate on information that we had received from an extraordinarily sensitive source and method and that typically when something is that sensitive if you take action on it you put it at risk. And so there is a tension there. Maybe we should just roll slow. Take a typical 3, 4-year counterintelligence investigation because the more aggressive you are the more you put it at risk. And some people said that.”

Strzok went on to claim that Trump’s poll numbers played a role in internal FBI conversations about the speed of the investigation, with he himself arguing for an aggressive investigation when others were advocating for less aggressive tactics.

Some people said, hey, look. Every poll is saying candidate Trump is likely not to win. Every Republican was saying that. Some people said as a result of that let’s not risk the source.  Let’s go slow.  But I indicated for them. What I am saying is. Look, we are the FBI. We need to do our job. We need to investigate.

It is not the traditional role of the FBI to formulate investigations based on poll numbers.

Watch that section of the hearing below (quoted remarks start at 9:03:13):

I want to believe the path you threw out for consideration in Andy’s office — that there’s no way he gets elected — but I’m afraid we can’t take that risk. It’s like an insurance policy in the unlikely event you die before you’re 40.

“Andy” is believed to be referencing fired former FBI Deputy Director Andrew McCabe, who was recently referred by the Justice Department’s Inspector General for criminal investigation about whether he lied to federal officials.