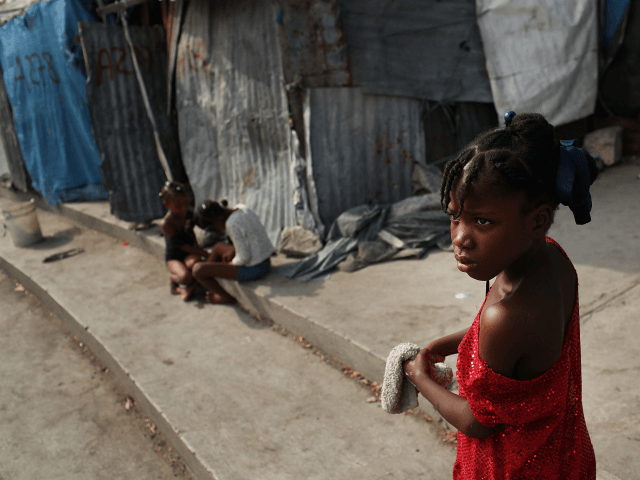 Perhaps organizations such as Save the Children need to provide better scrutiny and accountability over those they choose to employee in their organization and investigate further the allegations of sexual assault on the very people they are claiming they are there to help seek prosecution.

One of the worst things one can do is to sexually assault little children, but it is becoming more and more commonplace, even to the point where thesame kind of marketing is being done in the US to refer to pedophiles as “minor-attracted persons” that was done in the 80s to make sodomites more palatable to society by calling them “gay.”  Non-governmental organizations, which promote open borders, now have staffers being accused of raping little children abroad while they are conducting non-profit work.

The chilling story comes from The Herald Scotland, which reported on a hearing conducted by the International Development Committee.

According to The Herald Scotland:

Shocking accounts of aid workers abusing children have been set out to MPs investigating exploitation in the charity sector.

Young boys and girls revealed a decade ago that they were being abused and their families told how they were powerless to act, the International Development Committee heard.

Corinna Csaky set out evidence from an investigation she carried out in 2008 into the abuse of children by humanitarian staff and peacekeepers.

One Haitian boy provided testimony about little homeless girl who was taken to one of the aid workers.

A 14-year-old boy in Cote D’Ivoire also said that some of the workers who came there would ask for girls who were around his age.

“Often it will be between eight and 10 men who will share two or three girls,” he added.  “They also use their mobile phones to film the girls.”

One would think that there would have been reports, right?  The problem is who to report the issue to in these countries.

According to one of the young Haitian girls, “The people who are raping us and the people in the office are the same people.”

A father said, “They don’t even hide what they are doing.”

“These children are often alone. They are separated from their families. They are living in extreme poverty. Without the protection and support from families, many are using transaction sex just to survive,” Csáky said.

Save the Children, which was last year accused of working with criminal gangs smuggling migrants into Europe, has been under serious scrutiny amidst allegations that the pro-open borders NGO failed to properly investigate claims of sexual misconduct by staff including former chief executive Justin Forsyth and former policy director Brendan Cox — widow of the late Jo Cox.

Having withdrawn from government funding bids as a result of the controversy, the organisation has announced that it expects income this year to plummet by more than £67 million.

MPs launched an investigation into abuse in the aid sector after Oxfam was plunged into crisis in February when it emerged that some of its workers in Haiti engaged in “sex parties” with prostitutes in the aftermath of the devastating 2010 earthquake.

Since then, some 1,100 complaints over safeguarding in aid agencies have been made, according to the Charity Commission.