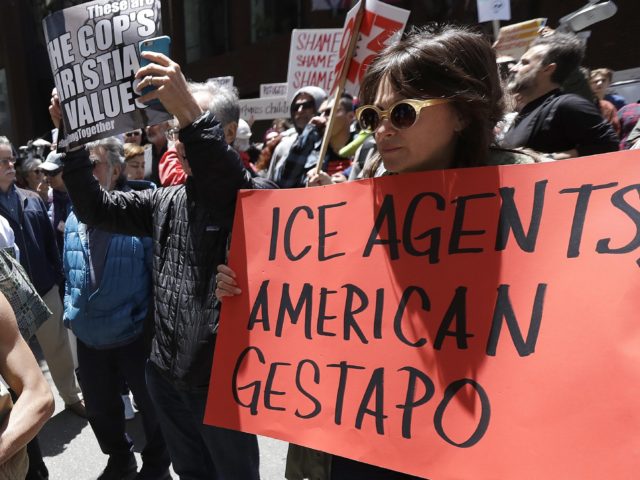 The far-left Associated Press has published two wildly misleading articles over the last two weeks in order to level false accusations against the Trump administration regarding immigration policy.

Last week, in a widely circulated story, the AP reported, “U.S. Army reservists and recruits who enlisted in the military with a promised path to citizenship are being abruptly discharged” by the Trump administration.

The fake news in this report is the sensationalizing of a longstanding policy in the military that pre-dates Trump. By reporting old news as breaking news, by reporting the continuation of policies practiced by the Obama administration as new Trump policies, the AP obviously hopes to mislead readers into believing Trump is targeting American military personnel simply because they are immigrants.

To begin with, the AP’s false report uses the word “discharged” to make it sound as though active-duty members of the military are being kicked out by a racist president who despises immigrants (even though he is married to one).

The truth is that these recruits were turned away only after they failed a standard background check, and they were never formally enlisted.

As Breitbart News reported last week, while some of these recruits “might have signed an enlistment contract, taken an oath, begun drilling with their units, and started receiving military pay” there is no formal enlistment into the military until the security screening is completed.

What’s more, none of the immigrants the AP claims have been “discharged” had even gone to basic training.

Basically, the only thing happening here is that the military is turning away people who have failed background checks. That is a good thing. None of this is ever made clear in the AP report.

In tweets, AP reporters screamed “BREAKING” along with a description of the abuse alleged in the article.

“BREAKING AP: migrant children as young as 14 housed at a juvenile detention center in Virginia say they were beaten while handcuffed and locked up for long periods in solitary confinement,” the AP’s Michael Biuesecker tweeted on June 21, adding, “left nude and shivering in concrete cells.”

The story does indeed document this alleged abuse and also does everything it can to attack President Trump for the abuse, with “reporting” such as this, “Many of the children were sent there after U.S. immigration authorities accused them of belonging to violent gangs, including MS-13. President Donald Trump has repeatedly cited gang activity as justification for his crackdown on illegal immigration.”

There is just one problem…