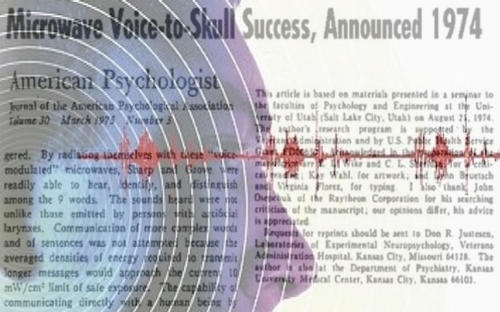 According to this new story over at WND as also detailed in the first video below, the bizarre sonic attacks upon American diplomats around the world continue and according to WND sources, have now affected nearly 200 people. And while the attacks began upon employees of the US Embassy in Cuba, the attacks are now spreading to embassies in other countries all around the world as well.

Warning in their story that there is a growing fear that more such attacks will occur with President Trump’s upcoming summit with Russia’s President Vladimir Putin in Helsinki, Finland next Monday, as Mac Slavo reported in this 2017 story, damning evidence indicates a ‘sci-fi’ weapon has been used against Americans.

And while we’re still getting no real answers from the government, this May 31st story over at Newsweek reports that these ‘attacks’ might really just be the side effects of surveillance. Now think about that in ‘surveillance state’ America. First, from the WND story.:

The State Department is virtually mum, other than to characterize their suspicion as unknown “sonic attacks” targeted U.S. diplomats.

Some of the strange sounds have been recorded and released to the public. The victims’ symptoms include “hearing loss, dizziness, tinnitus, balance problems, visual difficulties, headaches, fatigue, cognitive issues and sleeping problems.

The latest incident occurred in conjunction with President Trump’s recent visit with Kim Jong-Un. As Trump was heading to Singapore for the historic summit with North Korea’s leader, a State Department diplomatic security agent who was part of the advance team reported hearing an unusual sound he believed was similar to what was experienced by U.S. diplomats in Cuba and China who later became ill.

The agent immediately underwent medical screening – part of a new U.S. government protocol established to respond to such potential health incidents anywhere in the world. And while the president was flying to the Southeast Asian city state, the U.S. delegation preparing for his arrival was exchanging urgent messages with the State Department headquarters back in Washington, including the agency’s Diplomatic Security and the U.S. Secret Service.

The AP reported four U.S. officials confirmed it was a false alarm, but there is a heightened awareness among security officials as the White House prepares to meet with Russian President Vladimir Putin. 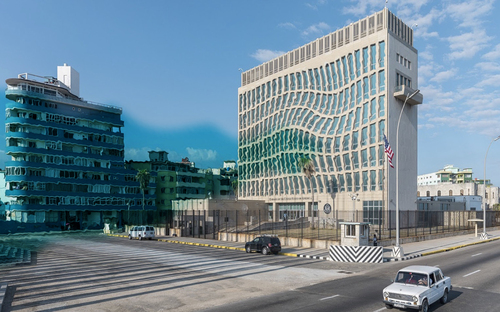 As Slavo reported in this July 9th story over at SHTFPlan, according to one victim of the earlier Cuba attacks, the experience that he felt while under attack was stopped by him moving from his bed, as if the side of the room his bed was on was targeted.

The Daily Mail reported that one diplomat described being jolted awake in a Havana hotel room by a grinding, blaring cacophony. When he moved a few feet across the room, the noise stopped. When he got back into bed, the agonizing sound hit him again; as if, he told doctors, he had walked through some invisible wall cutting straight down the middle of his room.

Yet while the symptoms such as hearing loss, memory loss and even mild brain damage were very real, with more diplomats falling ill in China from late 2017 to April of 2018 with the same symptoms as those in Cuba, Science News reported back on June 1st that many scientists are questioning whether ‘sonic attacks’ are even real.

Reporting in their story that using a sound wave to cause neurological damage would be a very hard thing to do because “generating enough acoustical energy to cause hearing loss and brain damage from those types of sound waves would be no easy feat“, we none-the-less know there have been ‘targeted individuals’ here in America, stalked and tortured with ‘directed energy weapons’.

And while the Science News story also claimed that to carry out such attacks, one would need extra-gigantic speakers, their claim that “even to get across the street and into a building, you’d have to have a loud speaker the size of a building” is completely neutered if these so-called ‘sonic weapons’ are really microwaves able to penetrate such barriers.

All the way back in 1975, the American Psychological Association published a story in which they reported upon their success of beaming voices into somebody’s head using microwave technology. Using what they called “voice to skull” or “V2K”, this story saved over at Archive reports upon 5 different available electronic harassment technologies.

As Adam Fabio reported back in September of 2017 over at Hackaday, while the most common theory being passed around about the ‘sonic attacks’ in Cuba and now China is that some kind of LRAD device is being used, those devices are not small and light nor are they clandestine yet as he points out in his story, a less discussed theory is the ‘microwave auditory effect‘. An excerpt from the Hackaday story.:

One theory I haven’t seen passed around much is the microwave auditory effect. This is a phenomenon where RF energy directed at a human head is converted to sound perceivable by the target. The first paper published about the effect was by Allan H. Frey in 1961. Frey worked at the General Electric advanced electronics center at Cornell University in NY.

I should note that microwave here refers to the wavelength of the RF signal being transmitted. Microwaves include any signal from 1-meter wavelength (300 MHz) to 3mm wavelength (100 GHz).

Frey’s article describes how test subjects were able to hear buzzing, clicking, hisses and even knocking when transmitters were pointed at their skulls. Strangely, some of the test subjects were partially deaf, and still were able to hear the microwave sounds. What’s more, subjects could feel the effects from the microwave beam. Depending on the transmitter settings, subjects felt “severe buffeting of the head”. Further transmitter changes resulted in subjects reporting “pins and needles” sensations.

The purpose of the paper was to call attention to the phenomenon. Frey didn’t have the resources to completely explore the microwave auditory effect, so he wanted others to start working on it. It’s the scientific equivalent of saying “Hey, this is neat, you should check it out!”

If you haven’t guessed yet, the power levels required to hear microwave sounds were rather high. Frey used several transmitters at different power levels. The transmitters were pulsed, like magnetrons, so while average power was low, peak power was high. 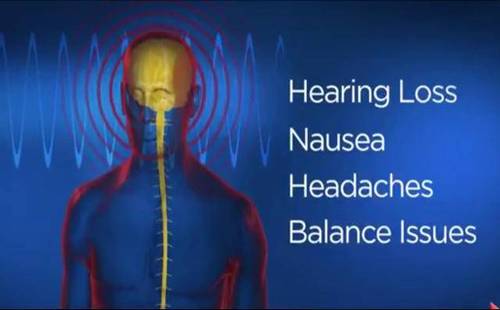 Were these ‘sonic attacks’ in Cuba, China and elsewhere due to the ‘microwave auditory effect‘ that the Hackaday story speaks of? As they further detail for us, the US Navy launched a research project in the early 2000’s with a system called the ‘Mob Excess Deterrent Using Silent Audio’, MEDUSA for short.

While MEDUSA was allegedly never officially put into use due to concerns about its health effects, including the possibility that it could damage brain tissues, did enemies of America develop the same technology? Once again, from the Hackaday story.:

What exactly causes the RF energy to be converted to sound? The mechanism behind the microwave auditory effect has not been scientifically proven. The leading theory is pulsed RF energy heats the tissues of the inner ear, causing them to expand quickly. These expansions cause tiny shockwaves which are then interpreted as sounds by the brain.

Frey noted that “one can shield, with 2-inch square piece of fly screen, a portion of the [temple] and completely cut off the RF sound.” Fly screen would be the fine metal grid used in screen doors. Frey may not have known it, but he was providing all the proof the tin-foil hat crowd needed.

Of course, a technology like this can’t exist without someone trying to build a weapon out of it. In the early 2000’s, the US Navy funded research on Mob Excess Deterrent Using Silent Audio (MEDUSA). This was a “less lethal weapon” which would use the microwave auditory effect for crowd control. It utilized an electronically steered antenna which allowed it to transmit a wide or narrow RF beam. MEDUSA could even “spotlight” multiple targets simultaneously.