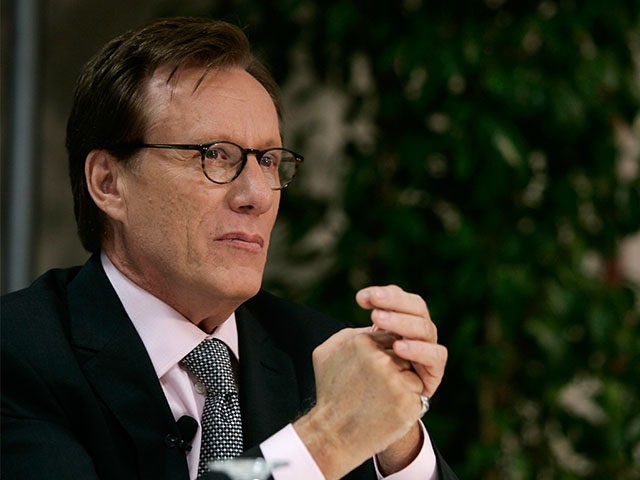 Veteran actor James Woods was dropped by his “liberal” talent agent on July 4, according to a tweet by the Oscar-nominated actor.

“It’s the 4th of July and I’m feeling patriotic,” agent Ken Kaplan wrote, according to a screenshot of the email posted by Woods. “I don’t want to represent you anymore. I could go on a rant but you know what I would say.”

Woods, who is a rare and outspoken President Donald Trump supporter in Hollywood, identified his former agent as a “political liberal.”

So this email from my agent (a political liberal) today… pic.twitter.com/RLXUWi9no8

In a separate tweet, Woods said he responded to Kaplan saying, “Dear Ken, I don’t actually. I was thinking if you’re feeling patriotic, you would appreciate free speech and one’s right to think as an individual. Be that as it may, I want to thank you for all your hard work and devotion on my behalf. Be well.”

This comes on the heels of another story involving left-wing Hollywood’s ever-growing intolerance and belligerence toward alternative ideas and points of view — the attacks against a pro-life film.

Despite a legitimate pedigree (actors Robert Davi and Oscar-winner Jon Voight, executive producer Dr. Alveda King – niece of Dr. Martin Luther King, Jr.), members of the crew have walked off the movie, filming locations have been lost, and actors have quit; all this because the movie represents the point of view of half the American population.

Breitbart News has been covering Hollywood’s blacklist of conservatives for some time, but what we are seeing now is the most brazen yet, especially when you are talking about an actor with the status of a James Woods.

“While #Liberals scream about the 50’s blacklist, my #Repub actor friends are terrified of losing their ability to provide for their families,” Woods once tweeted. He has also said he was forced to retire due to the blacklist.

While #Liberals scream about the 50’s blacklist, my #Repub actor friends are terrified of losing their ability to provide for their families https://t.co/MjsiUBSxB5

Woods, who is only 71, has been nominated for two Oscars, eight Primetime Emmys (winning two), and nine Golden Globes (winning one). He has worked with directors, such as Elia Kazan, Martin Scorsese, Oliver Stone (multiple times), John Carpenter, Richard Attenborough, Sergio Leone, and Sofia Coppola.