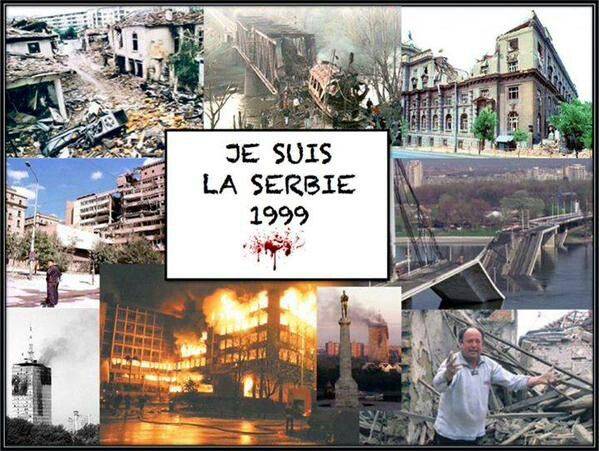 “NATO” can be a rather elusive concept: Libya was a NATO operation, even though Germany kept out of it. Somalia was not a NATO operation even though Germany was in it. Canada, a founding NATO member, was in Afghanistan but not in Iraq. Some interventions are NATO, others aren’t. But it doesn’t really mean much because NATO is only a box of spare parts out of which Washington assembles “coalitions of the willing.” So it’s easier for me to write “NATO” than “Washington plus/minus these or those minions.”

We are told – incessantly – that Putin is “Winning the Information War,” “We have no counterattack to Russia’s information warfare.” Nonsense. The real information war is being conducted by the British Army’s “77th Brigade,” the soldiers of Fort Bragg, NATO’s Centre of Excellence in Tallinn. Or by the BBC, RFE/RL, Deutsch Welle, AFP et al; each of whose budgets is many multiples of RT’s. They manipulate; they dominate; they predate; Moscow is a minor newcomer.

I am not a psychiatrist, psychologist or any other kind of psychist, but I cannot fail to notice the projection and gaslighting practiced by Washington and its minions. They accuse Russia of doing things that they actually do – projection – and they manipulate our perception of reality – gaslighting. I will discuss gaslighting in the next essay.

Psychological projection is a theory in psychology in which humans defend themselves against their own unconscious impulses or qualities (both positive and negative) by denying their existence in themselves while attributing them to others. For example, a person who is habitually intolerant may constantly accuse other people of being intolerant. It incorporates blame shifting.

Another source calls it a “defense mechanism”:

Psychological projection involves projecting undesirable feelings or emotions onto someone else, rather than admitting to or dealing with the unwanted feelings.

Interference: Russia! Russia! But NATO actually does it

Russia, we are told, interfered in the US presidential election. And Brexit, and France, and Germany, Hungary, Greece, populism, and and and. The American story has metamorphosed from its initial version which was supposed to have been an attempt to elect Trump into an attempt to sow division in US society. The NYT attempts to explain how both stories fit together. The absurdity of the charge was shown when the 3500 or so Facebook ads paid for by the so-called Internet Research Agency were revealed: they were all over the place. Even more amusingly, Mueller, who no doubt thought he was safe to indict a Russian company, is trying to get out of having to prove it now that the company’s lawyers have shown up. If the matter ever does come to trial it will likely show that the whole operation was a scam designed to create interest groups to sell advertising to. (Which would explain why the majority of the ads appeared after the election: the election was the bait to create the groups.)

This is projection at its most obvious: the USA is by far the world champion at interfering in other people’s elections. No less an Establishment outlet than the Washington Post (one of the principals in sustaining Putindunnit hysteria) listed many in: “The long history of the U.S. interfering with elections elsewhere“; but piously insisted “the days of its worst behavior are long behind it.”

A quick diversion from the sordid reality of the rigged Democratic Party nomination – “don’t blame us for doing it, blame Russia for revealing it!” – attributed to Russia what it denied in itself. The actual interference, we now learn, was not by Russia on the outside but by, among others, FBI officials on the inside.

A textbook illustration of blame shifting, isn’t it?

NATO expansion is all projection: NATO expands to meet the threat its expansion creates. NATO justifies itself by pretending to solve the problems it creates: Canada/Libya leads to Libya/Mali leads to Canada/Mali. When the documents about the broken expansion promise were published, we saw that NATO’s own “false memory syndrome” had been projected onto Moscow.