Well, no sooner said than done! Yesterday I did my News and Views from the Nefarium (a day late!) on the EU summit, which Italy threatened to blow up by vetoing any proposals until the refugee crisis was addressed. Well, according to the New York Times, in this article by Steven Erlanger and Katrin Bennhold shared by Mr. H.B.:

E.U. Reaches Deal on Migration at Summit, but Details Sketchy

In my News and Views I noted that the solution – apparently now agreed upon – was to establishing “sorting camps” throughout Europe:

While details were sketchy, the leaders agreed in principle, at least, on how to shore up their external borders and create screening centers for migrants, to decide more quickly whether or not they are legitimate refugees.

But there was something else that really caught my eye in this article, and it ties in directly with my speculation advanced in yesterday’s News and Views that there may be a militaristic aspect to this whole story:

The leaders agreed to establish voluntary screening centers on European soil, to ease the burden on countries like Italy, Spain and Greece where migrants first arrive and are registered. They also agreed to study setting up similar centers outside Europe, in North Africa, for example, to screen migrants before they arrive.

Outside Europe, centers would be designed to reduce the number of migrants who risk the sea voyage to the Continent and to disrupt the black economy of people-smuggling. Those rescued at sea could be returned to those centers for screening, not brought to Europe. But again, it was not clear which African countries might agree to house such platforms, or whether they would be compatible with international law.

At this stage, I suspect that obtaining such permissions will be difficult, if not impossible. Which will leave Europe exactly where it was before the summit: what to do about it? However, in that News and Views also tied the refugee problem to the by-now familiar calls from Berlin and Paris for an integrated European military. So my high octane speculation today is a kind of “revision and extension of remarks” from yesterday’s News and Views. In the face of probable resistance from African nations to the establishment of such camps, I expect the EU will try to strong arm those nations with offers of trade deals, and threats of sanctions if cooperation is not forthcoming.

But I also suspect something else may be in the cards: the EU will toughen its rules on accepting refugees around the principle of “intergration” into the national societies and cultures once refugee status has been granted. How to prove that? How to exhibit the bona fides? Simply require those refugees to perform, up front, a term of “national service” in the various countries pushing that idea, M. Macron’s France being one example. One can therefore expect France to be one of the first countries to establish such “sorting camps”. 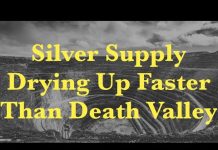