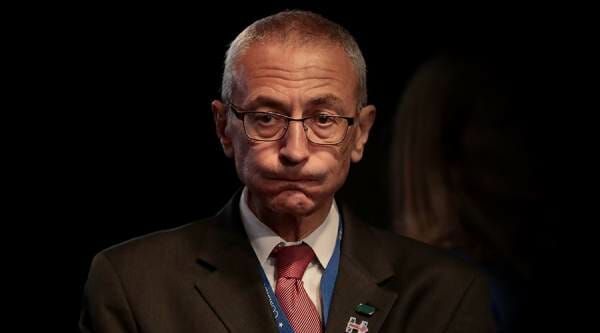 The DNC was not hacked.

The FBI never were able to inspect the DNC servers but Rod Rosenstein was pretty confident about these facts today anyway.

Rosenstein accused Russians of stealing usernames and passwords of volunteers in Democrat Hillary Clinton’s campaign, including its chairman John Podesta.

It wasn’t that difficult for the “Russians” to  spear-phish John Podesta’s computer.

As Julian Assange pointed out — Barron Trump could have figured it out.

Spear-phishing is a tactic to get access into a person’s computer or server. Spear-phishing is the fraudulent practice of sending emails ostensibly from a known or trusted sender in order to induce targeted individuals to reveal confidential information.

John, you used "Runner4567" and "p@ssw0rd" as passwords. Are you sure it wasn't Barron Trump, a blind dog or a plate of lobster risotto? https://t.co/VQPVR5dtrOhttps://t.co/E2m1FciRp0