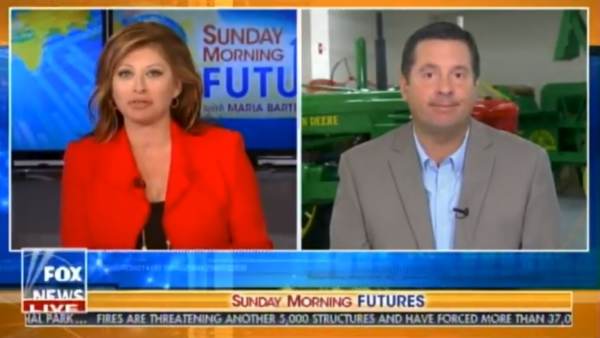 During their discussion the topic of Twitter censorship of conservatives, also known as shadow-banning, came up.

Nunes said the House is looking at legal remedies to deal with Twitter’s censorship of conservative voices.

Rep. Devin Nunes: I don’t know what Twitter’s up to. It sure looks to me like they are censoring people. And they ought to stop it. And we are looking at any legal remedies that we can go through.