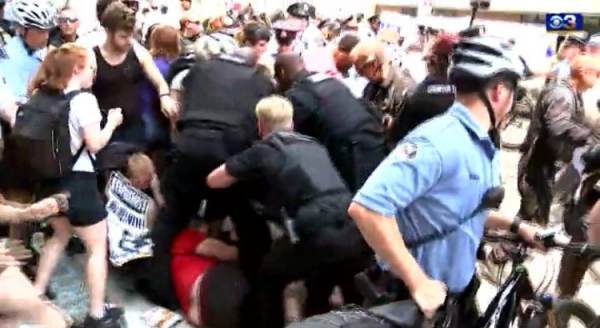 Another liberal protest turned violent today when far left immigration activists fought with police outside of the ICE building in Philadelphia.

After a month of protests and calls to violence by Democrat leaders like Maxine Waters President Trump’s approval rating jumped 2 points on Real Clear Politics.

And after a month of anti-ICE protests President Trump jumped 10 points with Hispanics!

Via the latest Harvard Harris poll.

Hispanic pollster Lili Valletta from Culturintel told Tucker Carlson on Tuesday that the economy and jobs ranks number one with Hispanic voters and immigration is listed as the fifth most important issue.