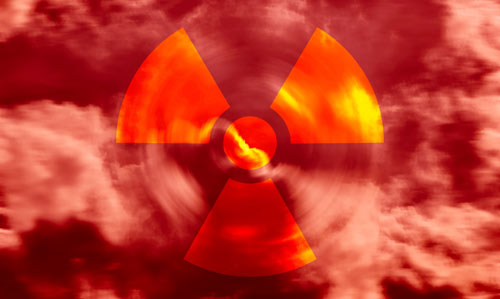 Radioactive uranium has leaked through the floor of the Westinghouse South Carolina nuclear fuel plant and contaminated the soil. The Westinghouse fuel factory on Bluff Road, located in Richland County, also has a nearly 35-year history of groundwater pollution from the plant.

The most conflicting part of the entire uranium leak is that officials with the South Carolina Department of Health and Environmental Control said they have no reason to believe the uranium has trickled off the site or that public water supplies are threatened. But, the agency also said it does not have the results of recent groundwater tests on the Westinghouse property either, meaning they actually don’t really know what the extent of contamination could be. Those test results will show whether pollution in the soil washed into the area’s shallow groundwater, which seeps into creeks in the Congaree River floodplain.

However, the plant does have a 35-year history of polluting the groundwater. According to The State, the U.S. Nuclear Regulatory Commission says the uranium, a toxic substance used to make nuclear fuel rods, seeped through a 3-inch hole in a concrete floor in part of the factory where an acid is used. The hole extends 6 feet into the ground, according to the NRC, which learned of the leak back on July 12.

Much like the Fukushima radiation issues, we likely won’t know the extent of the dangers to human health until its too late. It seems like for some reason there isn’t a lot of information available, and the information readily obtainable is contradictory. Most of the mainstream media and government agencies were silent on the extent of radiation contamination in the wake of the Fukushima plant’s damage.

NRC records show uranium pollution reached 4,000 parts per million in the soil beneath the plant. Those levels are 1,300 times higher than the amount of uranium typically found in soil, records show. Soil usually contains about three parts per million of uranium, according to the Health Physics Society, a radiation safety organization. –Health Physics Society

Elevated levels of uranium in drinking water can increase a person’s risk of kidney damage, according to the U.S. Centers for Disease Control and Prevention. Over the course of a lifetime, exposure to uranium also can increase a person’s risk of cancer, the agency says. Roger Hannah, a spokesman for the NRC in Atlanta, also said it does not appear the uranium has spread off the site, calling the contamination “very localized.’’ However, he added that the agency is currently still investigating the leak to learn more about what happened and how badly the surrounding area could have been contaminated.