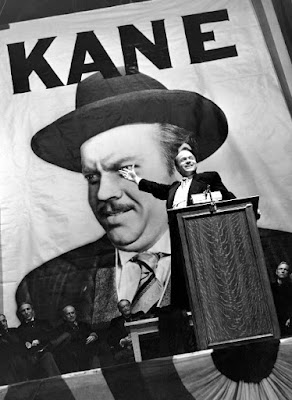 “The greatest want of the world is the want of men — men who will not be bought or sold; men who in their inmost souls are true and honest; men who do not fear to call sin by its right name; men whose conscience is as true to duty as the needle to the pole; men who will stand for the right though the heavens fall.” – Ellen G. White

The world becomes more chaotic by the day. Good luck finding a politician, business icon, or religious leader who is not bought and sold by corporate or special interests. Finding truth telling honest leaders in today’s world is virtually impossible. Charles Foster Kane, a quasi-biographical portrayal of William Randolph Hearst, is a fine representation of the billionaire clique that pull the strings in our warped, deceitful, greed driven, materialistic world.

Citizen Kane’s thematic portrayal of the American Dream is far more germane to our society today than it was when made in 1941. Financial affluence, material luxury, wielding power over others, and controlling the opinions of the masses through propaganda media, did not guarantee happiness or fulfillment for Kane or todays oligarchs. Kane was happiest as a poor child, living with his parents, playing in the snow on his sled – Rosebud.

Life is a tragedy, with the richest and poorest dead in the end. The only thing that really matters is your character and integrity. The societal hollowness created by those pushing the delusion of a materialistic American Dream based on an ever growing pyramid of debt has left a society morally deadened, psychologically damaged, living lives based on deception, and willfully ignorant of the truth.

Until individuals in this country choose to tell the truth and insist on being told the truth by the leaders they choose, chaos and ultimate collapse will be our destiny. Our economy, our currency system, our banking system, our political system, our mass media, and our public education system are built upon nothing but deception, lies, misinformation and falsity. The entire fetid cesspool of lies cannot withstand the glare of truth, as explained by Ron Paul: 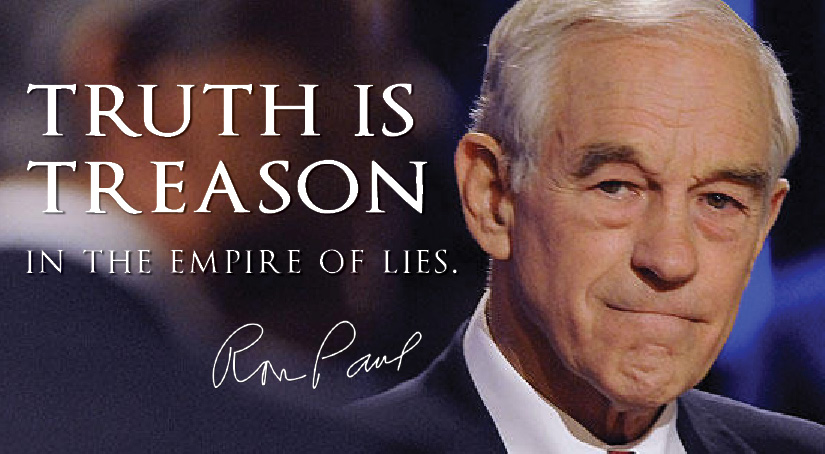 The daily dose of deception doled out by the despicable Deep State denizens of decadence, debt and debauchery is depressing to critical thinking truth seekers. I’ve made it my mission in life to only follow rational thinking, honest, straightforward, fact based people who have not been bought off by a party seeking to cheat, mislead, or steal from average Americans. The number of politicians who meet this criteria can be counted on one hand.

Very few corporate executives at S&P 500 sized companies meet this standard of honesty. The criteria for reaching the corner office is insatiable greed, backstabbing, lying, and a sociopathic personality. Despite the Wall Street/Fed rigged financial systems and fake news propaganda spewing mainstream corporate media, there are still independent, non-corrupt, truth tellers as the lone voices of reason in this empire of lies.

These authentic purveyors of reality, based on facts and evidence, are scorned and ridiculed by CNBC spokesmodels and highly compensated intellectual but idiot talking heads. When a nine year Fed engineered bull market in everything is sold as proof of economic recovery, propagated by media mouthpieces, and substantiated by government agencies producing fake economic data, then a populace begging to be misled, because they can’t handle the truth, turns off anyone telling them the truth.

I sense disillusionment among many of the financial analysts who have correctly assessed the present-day insanity and expect a reckoning for the ages when this debt bubble blows like a super-volcano. Facts and reality are meaningless when the madness of crowds, built on delusions of debt, and a financial system engineered by banker psychopaths, keeps the bubble growing to heights not thought possible by rational thinking people.

Many of these truth telling realists are in the business of selling newsletters, books, mutual fund investments, or other financial products. That does not automatically make their analysis suspect. Everyone has to make a living. What separates shills from honorable men is their use of facts, historical data, and rational thought to make their case. Deciphering the bullshit narratives spewed by the majority of faux journalists employed by the corporate fake news media versus straightforward non-slanted analysis from the reality grounded men is crucial to retaining integrity in a deceitful corrupt world.

I continue to respect the writings and analysis of Taleb, Shiller, Hussman, Mauldin, Jesse, Kreiger, Rosenberg, Bonner, Casey, Martenson, Kunstler, Schiff and lately Jordan Peterson, among many others. As the “everything bubble”, inflated by the Fed and their central banker brethren across the globe, has grown to epic proportions these men have endured heaps of scorn and ridicule from the small minded non-thinking momentum cowboys who arrogantly confuse easy money with their own financial brilliance. I continue to have the utmost respect for their ability to ignore the lure of following the crowd and sticking to the facts. It’s not easy stating the truth when 95% of so called financial journalists are bought off and captured by the Deep State. 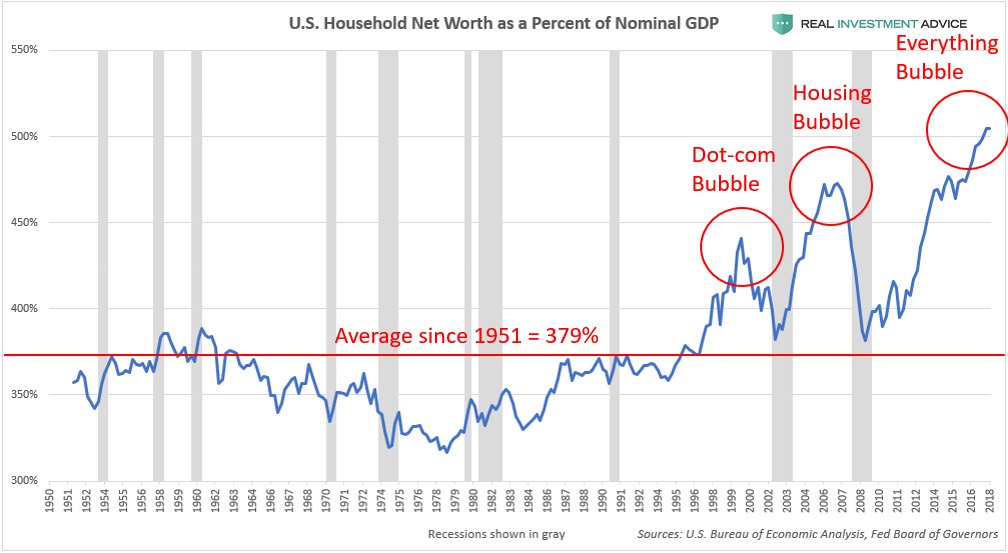 The Wall Street cabal puppeteers have had their Federal Reserve puppets dancing to their tune for the last nine years as bailouts, QE, and free money for feckless financiers has propelled their latest bubble to epic proportions. The bubbles in the stock market, bond market and real estate market are all built upon a vaporous foundation of easy money debt. It took 219 years for the country to accumulate a $9.6 trillion national debt, but our fearless leaders have managed to add $11.6 trillion since September 2008, all geared to enrich Wall Street, the military industrial complex, the sick-care complex and mega-corporations, while leaving Main Street to fend for ourselves with stagnant wages and rising costs for necessities. With government, corporate and consumer debt levels at all-time highs, a financial collapse is inevitable. Hundreds of billions of student loan, auto loan, mortgage loans, and credit card debt are unpayable, especially in a rising rate environment.

As the chart above factually details, the “everything bubble” has put the previous two bubbles to shame. The thing about bubbles is they always pop. An unsustainable dynamic will not be sustained. The reversion to the mean will leave millions of delusional Americans destitute, dependent on the government, enraged, and looking for someone to blame other than themselves. Go to any 4th of July picnic and your average neighbor or relative will tell you how much their 401k and house value have soared as they have been convinced the economy is booming and on a sound footing.

They won’t tell you their credit card balance, mortgage balance, auto loan debt, or student loan debt obligations. The value of their stocks and real estate can plummet by 50% in a matter of months (as they did in 2001 and 2008), but the debt will remain, wrapped around their throats, choking them to death. They have willfully chosen to be ignorant of why asset values have soared and ignored the warnings of truth telling analysts. Human nature never changes, and people never learn from the past, even when they’ve been clubbed over the head with 50% losses twice in the last seventeen years.

I keep pondering whether this “everything bubble” is just another mass hysteria event like many before throughout history (Tulips, Roaring 20’s, Dot.com), or something deeper and more disturbing. I’m reaching the conclusion it is more than mass hysteria. It’s mental illness infecting a wide swath of the population. Normality in financial markets, government deficit spending, journalism and central bank interventions began to dissipate drastically at the turn of the century and accelerated rapidly after 9/11. Annual deficits have averaged over $900 billion since 9/11, versus $175 billion per year in the eight years prior to 9/11. We have been living in profoundly abnormal times, but few question the abnormality. They have been led to believe this is normal.