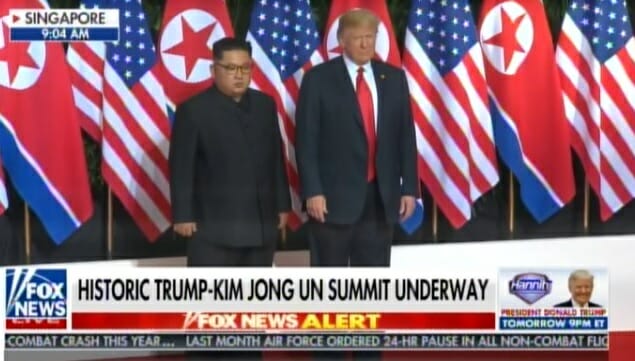 “If They’re Not Going to Let Me in the F*cking Meeting, That’s What Happens!”

President Trump made history on Tuesday. The US president somehow brought the tyrant of North Korea to the table to sign the most important nuclear agreement in the last 70 years for the Korean people.

Months of hard work and diplomacy reached a climax on Tuesday. The moment will go down in history. Then CNN’s Jim Acosta, the darling of the disruptive left, started blurting out questions at the president whenever the two leaders came into view.

At one point Trump and Kim Jong Un paused on the balcony during a break.

Jim Acosta started blurting out questions whenever the two leaders stepped out of their meetings — then Acosta was caught in a hot mic moment.

Jim Acosta: Mr. Kim will you give up your nuclear weapons, sir?

Jim Acosta: (After President Trump and Kim Jong Un exit the balcony) Hey, if they’re not going to let me in the fucking meeting, then that’s what happens.”