And now it’s off to Singapore for a championship bout with the opponent known as “Little Rocket Man.” There’s an odd expectation that these two avatars of unreality will settle the hash that has been simmering for sixty years between the divided Korea and the USA. Mr. Trump will make a deal to turn North Korea into a golfer’s paradise and Mr. Kim will promise to beat his nuclear arsenal into nine irons and putters. And then they’ll celebrate on Air Force One with bags of Big Macs and Buckets o’Chicken. (Let the aides and advisors fight over the Singapore Noodles and squid beaks in garlic sauce.)

The New York Times lost its shit Monday morning with a lead editorial that hauled onstage the stock villain from The Times’ repertory of international bogeymen: Russia.

If a president of the United States were to sketch out a secret, detailed plan to break up the Atlantic alliance, that plan would bear a striking resemblance to Trump’s behavior. It would involve outward hostility to the leaders of Canada, Britain, France, Germany and Japan. Specifically, it would involve picking fights over artificial issues — not to win big concessions for the United States, but to create conflict for the sake of it. A secret plan to break up the West would also have the United States looking for new allies to replace the discarded ones. The most obvious would be Russia, the biggest rival within Europe to Germany, France and Britain. And just as Russia does, a United States intent on wrecking the Atlantic alliance would meddle in the domestic politics of other countries to install new governments that also rejected the old alliance.

Ah, so…. To The Times, Canada, Britain, France, Germany and Japan are little more than a pain-in-the-ass-ex-wives-club, and North Korea is the irresistible porn star with a huge rack, proffered by that evil old pimp, Russia, in the never-ending game of Rope-a-Dope they’ve been running on Mr. Trump since even before he glided down that fateful escalator in his gilded Fifth Avenue tower. Surely, the wicked Putin has rigged up the Singapore hotel with the latest spy-ware and loaded the president’s closets with whores and real estate developers to tempt Mr. Trump into every sort of unnatural act dreamed up in the Kompromat labs of Yasenevo.

I’m all for world peace, and I would like to attempt to take the Kim-Trump meeting seriously, but it is hard to imagine two characters less prepared by the rigors of reality than this pair. Each has been dwelling in a magic kingdom of his own life-long. Both exhibit behaviors typical of children: sulking, threats, bluster, and mysterious mood shifts. The supposedly serious adults around Mr. Trump must be going through the Xanax like Tic-Tacs. The military attachés around the inscrutable Kim might recall the 2016 execution of two NK ministers shot to death with anti-aircraft guns for displeasing the boss — one of them for merely falling asleep during a Kim speech. Who cleaned up that mess, I wonder. 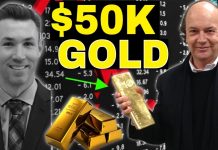