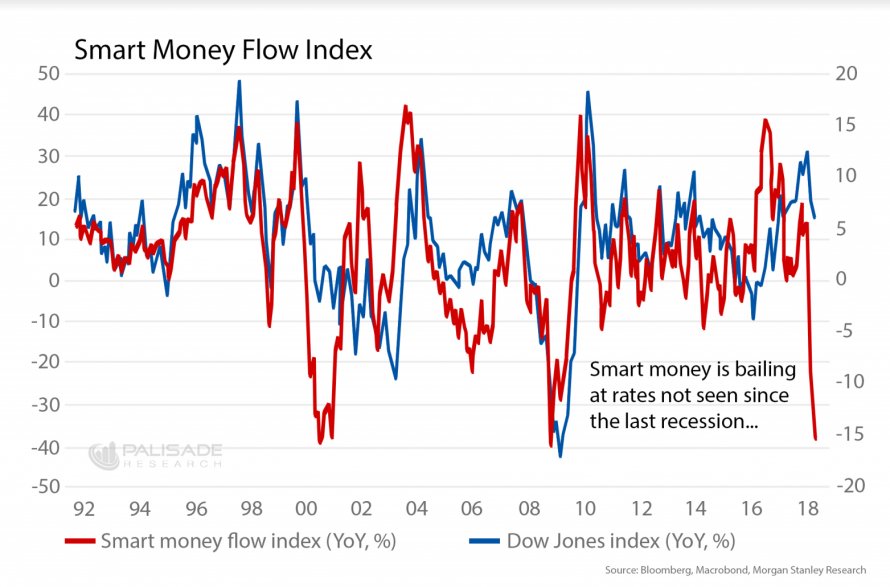 The two charts below reveal what is going on in the boardrooms of corporate America and on Wall Street, where those in the know are doing what they do best – screwing average American families. The Trump tax cuts are taking full effect. Corporations will pay $60 billion less in taxes this year. It appears they are taking all $60 billion in savings, borrowing another $80 billion from Wall Street, and buying back their own stock at near all-time high prices.

If you thought the narrative about corporations using their tax savings to invest in new facilities and hiring thousands of new employees was going to happen, you haven’t been paying attention to how things work in the real world. Even though corporate GAAP profits have been flat for the last few years, the stock buybacks, funded by low interest debt provided by the Fed, increase the EPS of mega-corporations thereby pumping up the salaries and bonuses of top corporate executives.

These sociopaths don’t give a crap about their shareholders, employees, or customers. Look at the amount of stock they bought back in 2007, just before the greatest financial collapse in modern history. These pitiful excuses for leaders seem to get the old mantra of “buy low and sell high” backwards. They used shareholder money to buy at the top in 2007 while pumping up their personal bonuses and then bought virtually nothing in 2009 after prices were down over 50%. What gutless wonders. Now they are repeating it all over again.

These very same corporate executives who are so generous with their shareholder’s funds, are doing the exact opposite with their own money. Insider selling of their company stock is at record levels. The “smart money” is corporate insiders who know what is really happening inside their companies. As you can see, they knew what was happening in 2000 and 2007 as they bailed out before the stock market tanked. Observe what they are doing now. I wonder what happens next.