“Good FBI agents brought this to our attention.”

“I’ve never actually said this before,” said Nunes. “We had whistleblowers that came to us in late September of 2016 who talked to us about this laptop sitting up in New York that had additional emails on it.”

In light of IG's failure to look at leaking/anti-Clinton bias among agents in NYC field office, this seems quite relevant. Nunes says "good FBI agents" told him about Weiner laptop in late September 2016. pic.twitter.com/BU6ysY7Xwn 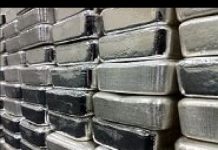