Why is a Leading RussiaGate Pushing BBC Hack Admitting the Narrative is in Trouble Now?

1) it acknowledges the Trump-Kremlin collusion narrative is in trouble and growing awareness in the Trump Administration and among its allies on Capitol Hill like Sen. Rand Paul (R-KY) that all RussiaGate roads lead to London, with serious potential repercussions for the ‘Special Relationship’. The contempt President Trump has shown for the G7 and Theresa May’s government in particular may be blowback from POTUS legitimate sense that British intelligence spied on his campaign and has since waged an information war against his presidency (for examples, see Atlantic Council fellows like the Leicester, UK-based @EliotHiggins of Bellingcat, whose Twitter feed is a veritable sewer of Trump hating in between the obscenities hurled at Russian diplomats).

2) The Theresa May government is now distancing itself from the actions of ‘ex’ MI6 director Sir Richard Dearlove and others whose close connections with their former colleagues at Vauxhall Cross and Whitehall make official disavowals of advance MI6/GCHQ knowledge of Steele’s DNC/Fusion GPS funded ‘intelligence product’ and Steele’s attempts (possible illegal in kind contribution to a campaign in violation of U.S. election laws prohibiting foreigners from doing so) to influence the election through promoting the dossier to the American press laughable. Mr. Wood’s dismissal of the meeting between junior campaign aide George Papadopoulos and Australian diplomat and Clinton Foundation friend Alexander Downer as the basis for the FBI opening a counterintelligence investigation (the story ex-Obama Administration and Comey loyalists at Lawfare maintained after the previously hyped Steele Dossier was downplayed) and Wood pointing to GCHQ intercepts of Trump campaign members communications with Russian nationals as the real basis for FBI CI action (which likely prompted the FBI’s no. 2 for CI Peter Strzok’s visit to London) undermines Cheltenham’s previous furious denials, in which GCHQ dismissed Fox News contributor Judge Andrew Napolitano’s claim that the NSA’s 5Eyes partner spied on Trump’s team. It is notable that although members of Trump’s team led by then National Security Adviser H.R. McMaster apologized to the British Ambassador in Washington for then White House spokesman Sean Spicer repeating Napolitano’s accusation against GCHQ, the President never did, instead joking at a press conference that being wiretapped by NSA/GCHQ was something he and German Chancellor Angela Merkel “had in common”.

3) Wood also mentions, to the tweeted delight of The Atlantic journalist Natasha Bertrand, “An American lawyer I know told me that he was approached by a Cambridge Analytica employee after the election. They had had the Clinton emails more than a month before they were published by WikiLeaks.” If this claim is true, it appears to contradict previous claims published a year ago by Lawfare (an online magazine edited by Comey’s friend and crony Benjamin Wittes) of another seemingly random ‘former’ British intelligence employee, Matt Tait. Tweeting under the handle @PwnAlltheThings, Mr. Tait is a former GCHQ data security specialist and Cyber Security Fellow at the University of Texas at Austin’s LBJ School for Public Affairs. In a June 30, 2017 article misleadingly titled “The Time I Got Recruited to Collude with the Russians” Tait details his interactions with Peter W. Smith, a Chicago North Shore businessman and wealthy Republican donor who reportedly committed suicide in May 2017 and thus is no longer around to contradict Tait’s version of their communications.

According to Tait, Peter W. Smith was maintaining an arms length relationship with leading figures in the Trump campaign while working on their behalf, and the businessman knew retired since indicted retired Army Lieutenant General and former Defense Intelligence Agency (DIA) chief Michael Flynn. Most relevant to the latest claim by BBC hack Wood’s anonymous source, Tait wrote that Smith was seeking the missing and presumed hacked by state actors 33,000 emails Hillary Clinton had on her home bathroom server, including through anonymous contacts on the dark web Tait warned Smith could represent Russian intelligence. Tait of course admits he has no proof Smith was ever in contact with agents of the Russian security services as opposed to anonymous cyber scammers seeking money — rendering the Lawfare headline bogus. But the question remains, if Cambridge Analytica already had copies of all or at least some incriminating classified emails Hillary Clinton had on her infamous home server that the Russians or other parties hacked (a question Comey has always deferred FBI knowledge of in Congressional testimony and which Mr. Tait says he doubts), why did no one in the campaign tell Mr. Smith? Better yet, perhaps both claims advanced by Mr. Wood’s anonymous source and Mr. Tait are equally bogus bits of British deep state propaganda?

Hurrah! The US media has now shown up to cover the unfolding Brexit-Russia scandal & its uncanny similarities to the Trump-Russia scandal. Because these are not two scandals, they are the same scandal. With one factor common to both: @nigel_farage
https://t.co/GGJyHm7kjf 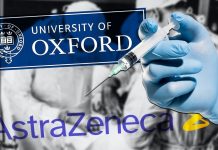