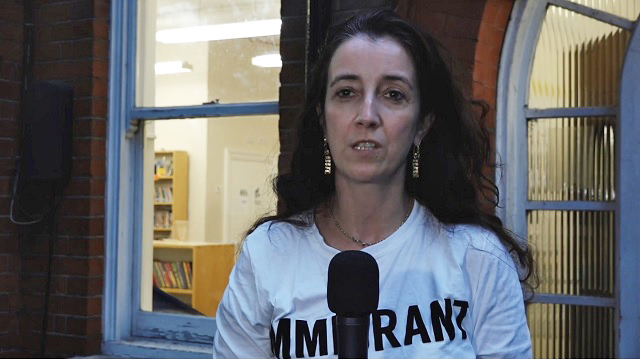 Vocal feminist and open borders advocate Tamara Cincik was attacked by a large “Asian” man while riding the train yesterday in London.

Cincik told The Daily Mail she doesn’t blame her attacker for attacking her, but instead two “white middle class” men who allegedly failed to help her during the assault.

From The Daily Mail:

A fashion chief executive attacked by an unwell 6ft man on a busy Tube carriage has slammed two men who moved seats and left her to defend herself.

Tamara Cincik was kicked and threatened while travelling to a business meeting in central London yesterday.

The mother-of-one told MailOnline, children were crying as the agitated man squared up to her and started violently attacking her in the middle of the carriage.

Recounting the incident, Ms Cincik said: ‘I got on the Tube at Highgate and I was going to Old Street. A man got on at Archway, he was about six foot and around 30 to 35-years-old and he started just screaming.

https://t.co/yuvOBYNm4o thank you to @standardnews for your fair reporting of the attack I suffered on the way to Chair and event on Monday. I remain more appalled by the 2 men who left me to fend for myself than a man who clearly is unwell: they all need help.

‘At first I thought he was some sort of performance artist but then it became clear that he was not well.

‘He was screaming and shouting at me and saying things like ‘I am going to f****** kick you’ then he did actually kick me. It was intimidating, he was a big guy and I am only size eight.’

The fashion CEO is keen to stress she does not blame this man, who she describes as being 6ft tall and asian.

[…]’I remain more angry with those white middle class men who left me to it. As fathers, husbands and sons they should be ashamed of themselves.’

[…]She said her message to those who left her was: ‘You are cowards with less empathy and strength than two size 8 women and a Greek female pensioner. Shame on you.