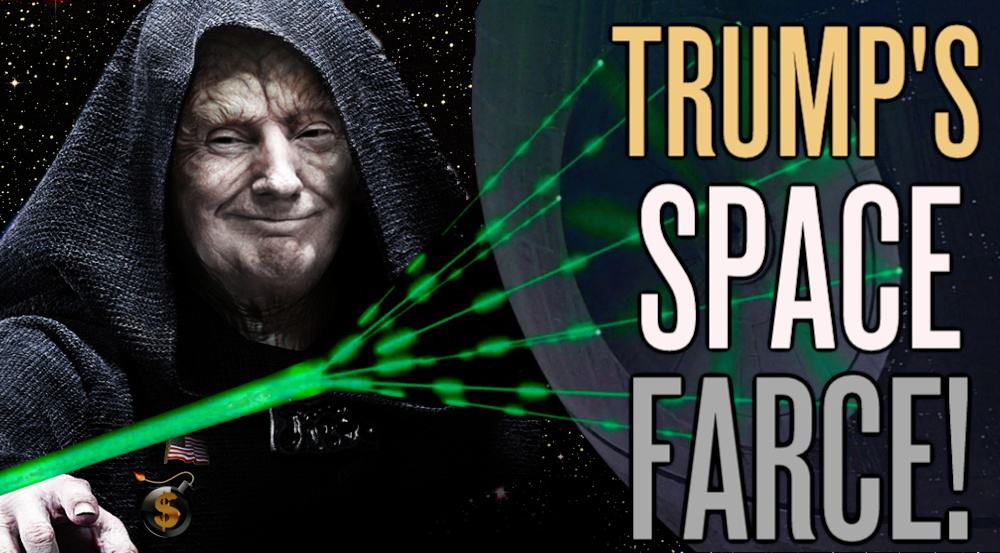 $52 million dollars a day. That’s how much tax money gets sucked out of Americans’ pockets to pay for NASA’s whopping $19 billion annual budget.

But folks, things are about to get a whole lot worse.

On Monday, Trump officially announced the creation of a “Space Force” which he described as “separate but equal” to the Air Force.

Remember, Donald “I’ll balance the budget” Trump? So much for that.

We can only speculate the astronomical costs of establishing this sci-fi fantasy, but the implications are massive. Military Industrial Complex? What about the Military Cosmological Complex?Houston, we have a problem. I can already see the arms manufacturers—Lockheed Martin, Boeing, and all the usual suspects—salivating at the thought of some real-life Star Wars.

What does an X-Wing sell for? Lightsabers? Or how about a Death Star?!?

Meanwhile, poor old Elon Musk is trying to scratch up some funds to send his private, boring space company into the stars—all while Trump can snap his fingers and suck the cash right out of Americans’ pockets.No wonder Musk came out on Twitter last week announcing he’s an anarchist! But is there a more sinister motive behind Trump’s space farce?Is this just a grand illusion by the Emperor to misdirect the masses from real-world, down-to-earth issues that directly affect us?

Of course it is.

Historically, space has been regularly used to distract the public from the state’s atrocities. Back in the 1970’s, when gold was de-linked from the dollar by Richard “I’m not a crook” Nixon, the promise of exploring the stars kept people blissfully ignorant of the complete financial ruin coming their way.

They had to fake playing golf on the moon numerous times to divert the public’s attention away from that.

And, to distract from the bloody, costly, evil terrorist attacks known as the Vietnam War. 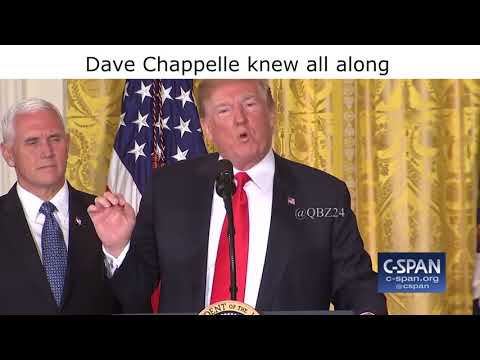 What could the “Space Force” be attempting to distract us from today? We can start with the obvious answer, that is, the impending dollar collapse, which will in essence invalidate the state itself—all while cryptocurrencies continue their meteoric rise.

It’s not rocket science, it’s math. The US government cannot avoid the consequences of their destructive central-planning for much longer.