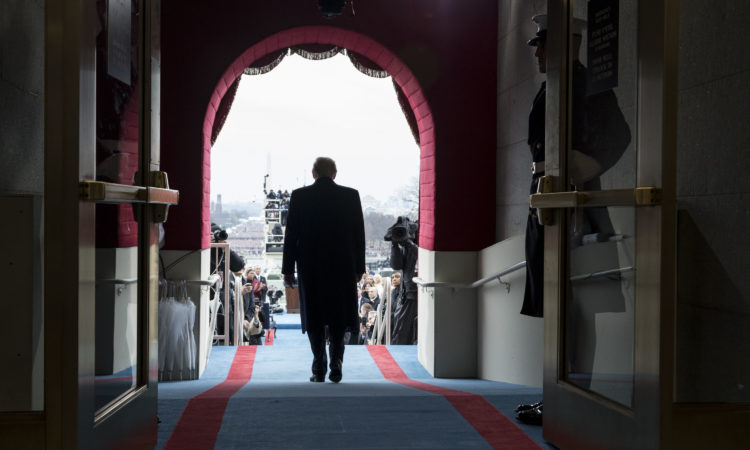 President Trump told Fox News on Friday morning he’s “proud” because he took down the Bush and Clinton dynasties despite dishonest intelligence agencies “plotting against” his election.

“Now I guess, hopefully I’m in the process of beating very dishonest intelligence because, what they did was incredible, and a real insult to millions of people that voted in that election,” Trump said.

TRUMP: Well, no. It was Comey having to do. We’re talking about Comey not my FBI. It was Comey. The people in the FBI are incredible. I would bet if you took a poll in the FBI I would win that poll by more than anybody’s ever won a poll. But the top people were horrible.

TRUMP: I’m actually proud, because I beat the Clinton dynasty.

TRUMP: I beat Bush dynasty, and now I guess hopefully I’m in the process of beating very dishonest intelligence. Because what they did was incredible and a real insult to millions of people that voted in that election on both sides.

TRUMP: Well, the end result was wrong. I mean there was total bias. I mean when you look at Peter Strzok and what he said about me, when you look at Comey all his moves. So I guess – you know it’s interesting it was a pretty good report and then I say that the IG blew it at the very end with that statement because when you read the report it was almost like Comey.

He goes point after point about how guilty Hillary is and then he said but we’re not going to do anything about it. The report, the IG report was a horror show. I thought that one sentence of conclusion was ridiculous.

Hersh, who is anti-Trump, praised Trump for taking down the Bush and Clinton dynasties and said he’s crushing the media as evidence by his poll numbers rising despite unprecedented hostility.

“He’s going up in ratings,” Hersh told CNN’s Don Lemon. “I don’t see the Democratic party doing anything but basically running sort of as Hillary did, running against him for the last two months against him in the last two months of the campaign. And I’m not sure if I’m not in the major city in America, I’m not sure — this guy is different. And I think people are tired of politicians and he appeals for a lot of reasons that maybe we don’t all understand, I certainly don’t understand him. He’s got 48%, 47% of the people. He appeals to them. There’s something about him. This is a guy that took down 13 Republicans with a history of more than 200 years of political life.”

Hersh said the media should calm the hell down as they’re playing into Trump’s hand by being totally hysterical at all times.

“I sometimes think that we underestimate Trump but that’s just my opinion,” Hersh said. “I always like to tack the other way, I guess. But it seems to me that the news media, I always view disliking Trump is like catnip for American audiences. It seems obviously television is doing much better… you guys are getting better ratings, the New York papers and ‘The Washington Post,’ they are getting more audience and going after Trump is really good news.”