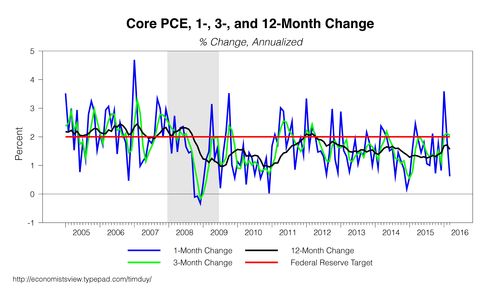 At one time, the Federal Reserve’s sole mandate was to maintain stable prices and to “fight inflation.” To the Fed, the financial press, and most everyone else “inflation” means rising prices instead of its original and true definition as an increase in the money supply. Rising prices are a consequence – a very painful consequence – of money printing.

Naturally, the Fed and all other central bankers prefer the definition of inflation as a rise in prices which insidiously hides the fact that they, being the issuers of currency, are the real culprit for increased prices.

Be that as it may, the common understanding of inflation as rising prices has always been seen as pernicious and destructive to an economy and living standards.  In the perverted world of modern economics, however, the idea of inflation as an intrinsic evil has been turned on its head and monetary authorities the world over now have “inflation targets” which they hope to attain.

America’s central bank is right in line with this lunacy, as it has been reported that at the Fed’s “May minutes” it wants “a temporary period of inflation modestly above 2 percent [which] would be consistent with the Committee’s symmetric inflation objective.”* Translated into understandable verbiage, the Fed wants everyone to pay at least 2% higher prices for the goods they buy.

Yes, by some crazed thinking US monetary officials believe that consumers paying higher prices is somehow good for economic activity and standards of living!  Of course, anyone with a modicum of sense can see that this is absurd and that those who espouse such policy should be laughed at and summarily locked up in an asylum!  Yet, this is now standard policy, not just with the Fed, but with the ECU and other central banks.

The baneful consequence of this economic quackery is being felt by American workers as admitted by the Labor Department.  Instead of spurring expansion, inflation is eating into and depressing wages:

For workers in ‘production and

of the average paycheck has actually

declined in the past year.  For those

measure of pay that takes inflation

While the decline in nominal wages is not significant, the manner in which the government now calculates inflation has been skewed to understate its impact.  Under the previous calculation, the current US inflation rate is probably closer to 5%.

Wage stagnation is not new.  Average real wages peaked more than 40 years ago and have fallen in real terms ever since.  Not surprisingly, the drop in wages in real terms began soon after the US went off the last vestiges of the gold standard in 1971.

As sound theory has long ago demonstrated, the idea of economic growth through money printing is absurd.  Increases in living standards and real wages can only come about through savings, investment, and capital accumulation.  Workers who have superior tools and equipment are obviously more productive than those that do not. Yet, capital goods have to be produced and production takes place over time.  Savings allow for the production process.

The level of wages are also closely linked to savings.  The greater savings an economy has enables entrepreneurs to bid for workers and increase wage rates.  This is how wages rise – competition for labor among businessmen pushes up wage rates.  The more savings entrepreneurs have, the higher they can bid for employees.