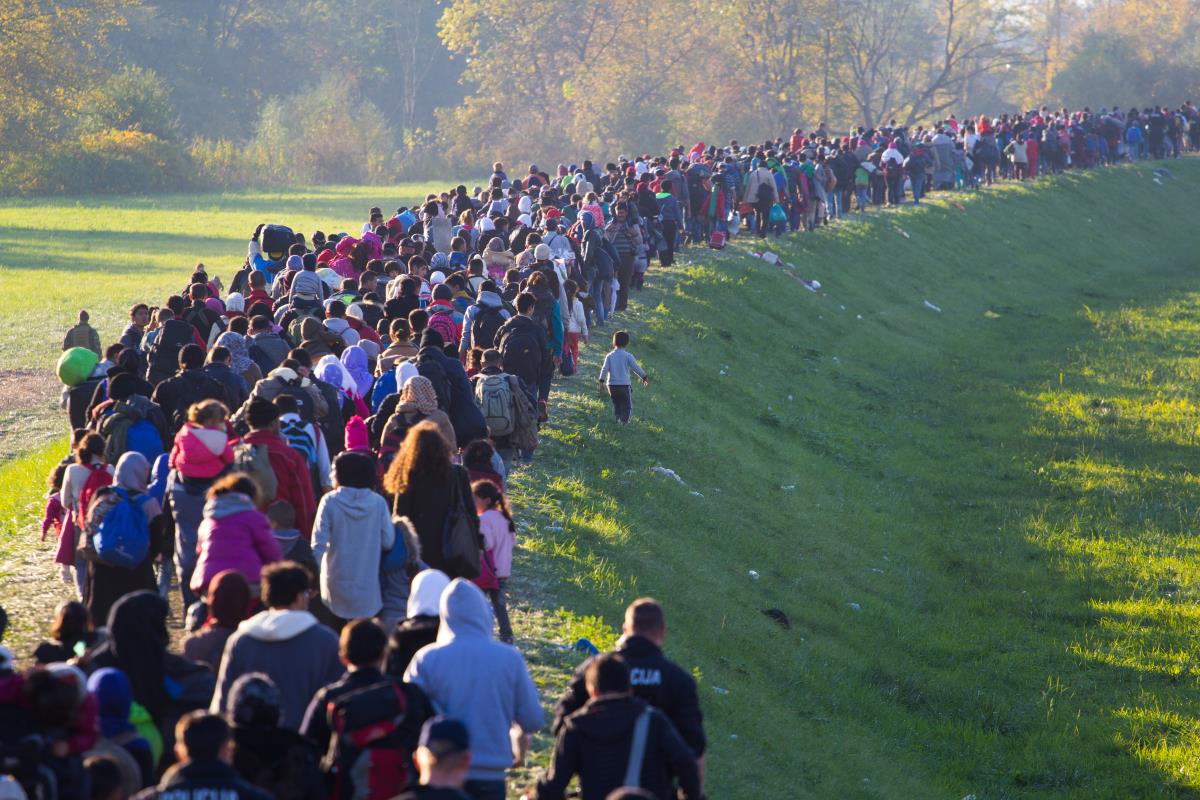 European society is being flooded by migrants from North Africa, East Asia, and the Middle East. In 2015, over a million migrants made their way illegally into Europe, traveling by land and sea. Migrants from war-torn countries, including Iraq, Afghanistan, and Syria are taking advantage of open border policies in Europe. Citizens from Germany, Greece, Bulgaria, Italy, Cyprus, and Spain are losing their cultural heritage as their communities are forced to accommodate any and all migrants. These countries are failing to vet refugees and do not consider the repercussions of aimlessly flooding communities with displaced migrants. Economic opportunities and resources are being siphoned away from European citizens who are told to integrate with whoever walks across the open borders.

his open border policy has increased crime rates and terrorist activity in recent years. As explained in this video by PragerU, Europe is “committing suicide” as passivity and guilt become the predominant attitudes of European leaders. As European countries passively disrespect their own borders, they allow for the disintegration of their own societies. In hopes of integrating and promoting inclusivity, these countries are actually throwing away their heritage as they lose faith in their own values. With open borders, there is no precedent of property, no discernment, no boundaries to stand by, no practical determination of their country’s needs, and no foundation to protect. With open borders and millions of migrants pouring in, citizens don’t feel culturally diverse; they feel unprotected and strained.

Europeans have lost faith in their traditions and even their legitimacy. Feeling guilt for European imperialism in the past century, European leaders feel obligated to accommodate refugees from war-torn countries. In this state of remorse, European leaders are no longer setting or enforcing rules for migrants, like they once did. In the past, migrants were allowed to temporarily come to Europe to work. When required to contribute, migrants integrate rightfully and dutifully, respecting the customs and traditions of the country. Now anyone can come illegally and decide whether they contribute or not. No one is told when to leave, even if they come illegally and abuse the system. It is much easier to reap the benefits of a country’s welfare system if there is no requirement to contribute, respect the culture, and give back.

In order to truly be compassionate, an immigration system should respect the people who work and live in the country first. Communities should not be forced to accept another culture, especially when that culture wants to radically transform the beliefs of the citizens already there. Giving aid to refugees doesn’t mean that they should be allowed to walk all over the citizens who provide for their families and give back to their country.

Europe is slowly committing suicide because naive ideas and undiscerning ways have been accepted as compassionate and progressive policies. By openly accepting anyone who crosses the border, a country may feel that they are inclusive and all-accepting, but those feelings are quickly wiped away when gangs and rapists come over, taking advantage of the naivety.

Terrorists, sex traffickers, and criminal gangs can readily use an open border to gain access to new territory to pillage the lives of innocent people. In trying to integrate and be more culturally diverse, European countries are forcing citizens to accept beliefs that are contrarian to their deeply-held values and traditions. In hopes of achieving unity with the rest of the world, Europeans are being forced to assimilate with belief systems that threaten their way of life. Islamic teachings and shariah law will be much tougher to reject as millions of migrants from the Middle East pour into communities and slowly transform the culture, forcing their religious beliefs onto Europeans.