Fresh off a series of losing California DA races that “ran into a brick wall,” Hungarian-born billionaire George Soros sat down for an interview with the Washington Post to discuss his view on the future and the current state of the world. And during the interview, he delivered the following assessment: “Everything that can go wrong has gone wrong.”

Soros appears to be building on his previously presented view that Trump is adding to Europe’s existential crisis:

“The EU is in an existential crisis. Everything that could go wrong has gone wrong,” he said.

To escape the crisis, “it needs to reinvent itself.”

“The United States, for its part, has exacerbated the EU’s problems. By unilaterally withdrawing from the 2015 Iran nuclear deal, President Donald Trump has effectively destroyed the transatlantic alliance. This has put additional pressure on an already beleaguered Europe. It is no longer a figure of speech to say that Europe is in existential danger; it is the harsh reality.”

He’s now arguing that President Donald Trump is “the ultimate narcissist” who would be “willing to destroy the world” to preserve his own narcissism.

Soros said he would support impeachment proceedings against Trump if Democrats win in a landslide in November, as long as their is some Republican support.

Soros, who has championed liberal causes like the European Union, has seen the world turn against his center-left ideology and embrace a more populist, nationalist strain of politics that has seen his foundations booted out of Russia and his home country of Hungary. Unfortunately, his recent failures – and even the stigma that’s attached to candidates who take his money – have only convinced him to redouble his efforts, instead of embracing an early retirement. 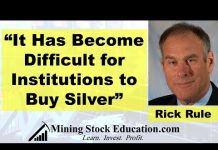