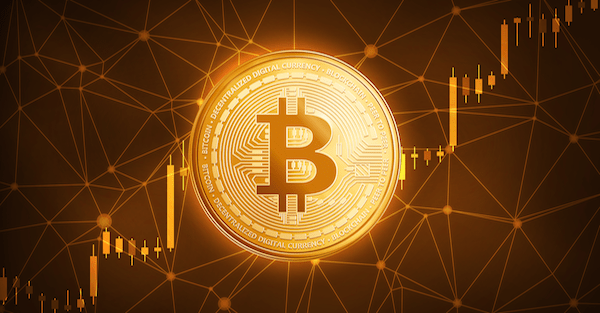 On March 29, 1879, a widely circulated newspaper called the American Register published a scathing editorial stating that “it is doubtful if electricity will ever be [widely] used” because it was too expensive to generate.

Several months later, the Select Committee on Lighting and Electricity in the British House of Commons held hearings on electricity, with experts stating that there was not “the slightest chance” that the world would run on electric power generation.

It’s not that electricity didn’t exist at the time. It did. Serious study and research had been devoted to electricity since the 1600s.

But even by 1879 it was still considered an expensive fantasy.

At the time he allegedly stated “We will make electricity so cheap that only the rich will burn candles.”

And by the end of the decade he would go on to found General Electric, which remained one of the most important companies in the world until a bunch of buffoons ran it into the ground in the early 21st century.

We know, of course, what happened with electricity: it eventually became ubiquitous… slowly, then rapidly.

By 1908, 26 years after Edison switched on the first public electric utility, still only about 10% of US households were on the grid.

But then the pace of adoption accelerated. By 1941, 80% of households were on the grid.

For subsequent technologies the adoption curve was even steeper.

The refrigerator, for example, took just two decades to increase its prevalence in US households from 10% to 80%.

This is an important point: newer technologies are being adopted at faster and faster rates… once they reach a minimum critical mass.

The adoption of cryptofinance and distributed ledger technology (DLT) may likely follow this trend.

As we just discussed yesterday, banks are in desperate need of a giant kick in the ass– what technophiles refer to as ‘disruption’.

Banks have had a monopolistic stranglehold on their customer’s money for centuries.

And as we constantly see in the headlines, banks are not shy about abusing this privileged trust.

Crypto and DLT destroy their monopoly by decentralizing and disintermediating financial transactions.

After all, it’s 2018. There’s no reason anymore to put a bunch of middlemen between you and your savings.

Sending money should be as easy as sending an email… and the technology to do so should be as widespread as email itself.

Crypto and DLT make this all possible. And history would suggest that we could see widespread adoption of those technologies just 10-years after they reach a minimum critical mass.

For argument’s sake, let’s suppose that ‘minimum critical mass’ means that roughly 10% of individuals and businesses regularly use the technology for financial transactions.

A study from Cambridge University in March 2017 estimated the number of active Bitcoin users at between 2.9 million and 5.8 million.

That’s up from zero in 2009… so impressive growth for sure.

But even an optimistic view of those numbers would suggest that crypto and DLT use is far below a minimum critical mass for their widespread adoption to accelerate.

Clearly there’s still a long way to go until these technologies are as ubiquitous as email or mobile.

The question is– how much longer will it take to reach that critical mass?

The mobile phone industry may be an illustrative example.

So using mobile phones as a benchmark, and given that crypto is already a decade old, it may be another 10 years before we reach that minimum critical mass.

The flip side of this means that we could still have another decade of incredibly compelling opportunities to explore, which I’d categorize as follows:

1) Core technology. In the earliest days of a major technological trend, there are always opportunities to develop, improve, and iterate the core technology that underpins that trend.

It always starts out with individuals– a guy like Steve Wozniak building circuit boards in his garage.

But eventually those opportunities are taken over by huge companies… and as time goes on it becomes more difficult for the little guy to compete.

That’s starting to happen with crypto: niche development opportunities that were once dominated by small teams of programmers are now attracting competition and resources from mega-companies (like JP Morgan).

It’s still possible to succeed in this area. But it will become increasingly difficult over the next several years.

2) Selling shovels to gold miners. These are the people and businesses who build core infrastructure and facilitate the technology’s adoption.

In the early days of the Internet, it was America Online.

This is a very compelling area in crypto right now, and there are a lot of major firms (Fidelity, Goldman Sachs) that are building infrastructure to make it easier to buy and sell cryptocurrency.

3) Application of the technology.

Think Amazon: Jeff Bezos took a new technology (the Internet) and applied it to a 5,000-year old business model (physical retail sales). He’s now the richest man in the world. And some of the most prominent names in retail are going bust.