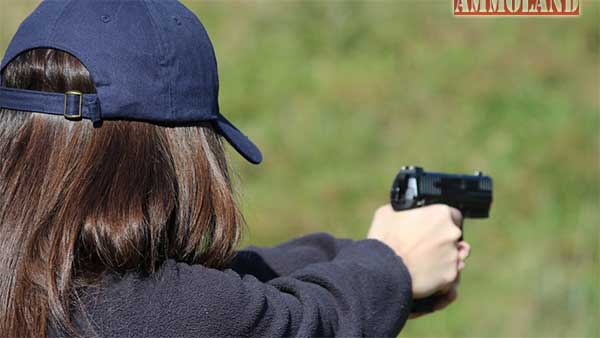 Louisiana (Ammoland.com)- Here is some news you won’t find in the mainstream media. Again this week, responsible gun owners defend themselves and the people they love.

Self-defense instructor Elizabeth Hautman joins the Self Defense Gun Stories Podcast to look at three new examples. Were these gun owners lucky, or were they trained and prepared?  What can we learn from their experience? Listen and find out. (18-minute audio)

First story-  Are you armed as you buy groceries?

You’re shopping with your wife after work. Lots of people are picking up supplies for the Father’s Day weekend. Three men approach you as you walk to your car. They are armed. You’re being robbed. You carry concealed. You and your wife run behind your car. You present your firearm and shoot all three robbers. They shoot back, at least for a while. Soon, one of the robbers runs away. One robber drops to the pavement. The third crawls back inside the store.

You and your wife are shaken, but not shot. Your car isn’t so lucky. You call the police.

The police pick up the two robbers and take them to local hospitals. That is where they arrest the third robber who drove away.

Second Story-  Are you armed at home in the afternoon?

You are at home with your mom when you hear someone break into your home. You both run upstairs and hide in your bedroom. You grab your gun and retreat into a corner. A stranger opens your bedroom door and you shoot him. He runs. Now you call police. You and your mom are frightened but unharmed.

The police arrest the wounded robber at a nearby gas station. They also arrest two of his accomplices. Both are being charged with murder after their partner died at the hospital.

Third story- Are you armed at work?

You work in a convenience store. It is after dark. You hear some noise from the backroom and turn around. The other night clerk is a young woman. She is being pushed back into the store by a man holding a gun to her head. The robber pushes her into the store and waves his gun at both of you.

You’re armed. You wait for a moment and then draw your own handgun. You shoot the robber. He shoots back and you shoot again. Now he runs out the front of the store. You lock the front door and call police. Neither of you are hurt, but you’re both very upset.

The robber looks like the same man who robbed your gas station last week. This time you were armed. The police find the dead robber across the street. They examine the surveillance video, just as they did last week. There are no charges against you.