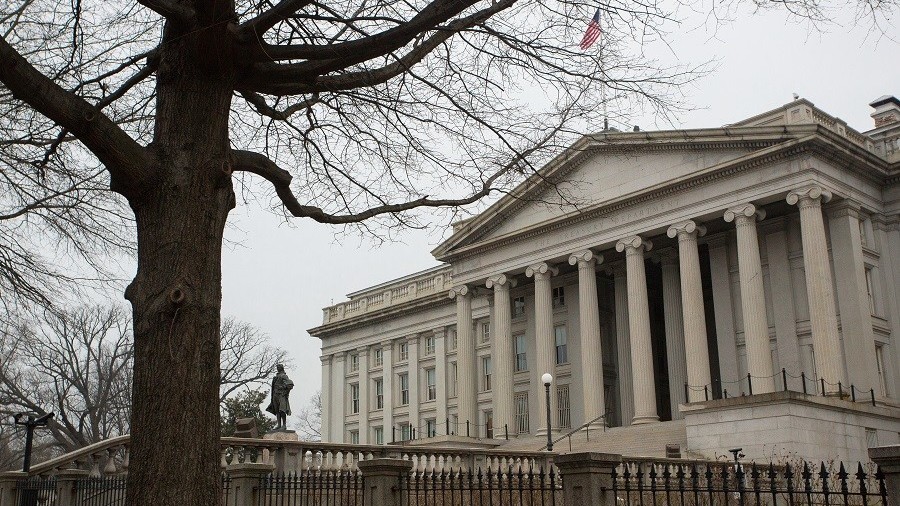 Russia has held a major selloff of US Treasury bonds, dumping some $47bn-worth of papers and momentarily dropping six places on a list of major foreign holders of US securities, recently released statistics for April have shown.

In just one month, Russia proceeded to sell $47.4 billion out of the $96.1 billion the country had in US treasury bonds in March. The latest statistics released by the US Treasury Department on Friday showed that, in April, Russia had only $48.7bn in American assets, occupying 22nd place on the list of “major foreign holders of Treasury securities.”

China, which holds the most US Treasury bonds, also sold off some seven billion-worth of its American assets, from March to April, and now has $1.18 trillion invested in securities. Japan, which is positioned second on the list, in the same timeframe sold off some $12 billion, leaving just over a trillion dollars in US coffers. Ireland, which had $300.4 billion in April also managed to ditch over $17 billion in US assets.

A treasury bond is a fixed-interest government debt security with a maturity of more than 10 years. Treasury bonds make interest payments two times a year.

The mass selloff of US bonds by Russian follows numerous rounds of sanctions imposed by Washington against Moscow. The punitive measures targeted some of the most important sectors of the Russian economy, by limiting American financing available to Russian banks and business sectors across all major sectors.