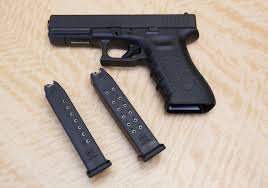 Yes, New Jersey, ex post facto laws are unconstitutional and those who advanced this bill are breaking the law.

A state that has some very unconstitutional, strict gun laws which have even cost people their lives, has passed pretended legislation that will give their citizens 180 days to turn in all their guns and magazines that hold more than 10 rounds or become criminals. Talk about ex post facto laws! Talk about unconstitutional!

First, the state of New Jersey does not acknowledge the words of the Second Amendment, which they are also to uphold, which acknowledges that the right to keep and bear arms shall not be infringed.  Notice the term is a “right,” not permission.  Therefore, that right cannot be legislated by any government of man.

Yet, this is exactly what the Communist-minded legislature and governor are clearly violating.

No State shall enter into any Treaty, Alliance, or Confederation; grant Letters of Marque and Reprisal; coin Money; emit Bills of Credit; make any Thing but gold and silver Coin a Tender in Payment of Debts; pass any Bill of Attainder, ex post facto Law, or Law impairing the Obligation of Contracts, or grant any Title of Nobility. -Article 1, Section 10, Clause 1

Sorry, everyone that voted for this legislation, as well as the governor have now become criminals under our Constitution and should be treated as such.  They should be viewed as enemies of the people of New Jersey and enemies of the US, but sadly, people will wave their hands and just give them a pass.  After all, they’re just infringing on your rights, right?

Assembly Bill 2761 gives citizens 180 days to surrender all firearms and magazines that hold more than 10 rounds.  If you fail to do so, you will be treated like the criminals you arm yourself against.

According to the legislation, the bill is to reduce “maximum capacity of ammunition magazines to 10 rounds.  New Jersey citizens, you have 180 days to determine whether you will follow these criminals or follow the true law.

“A person who legally owns a semi-automatic rifle with a fixed magazine capacity exceeding 10 rounds or a large capacity ammunition magazine… which is capable of holding more than 10 rounds of ammunition… may retain possession of that rifle or magazine for a period not to exceed 180 days after the effective date of this act.”

So, how are you to comply with this pretended legislation?  According to the bill: