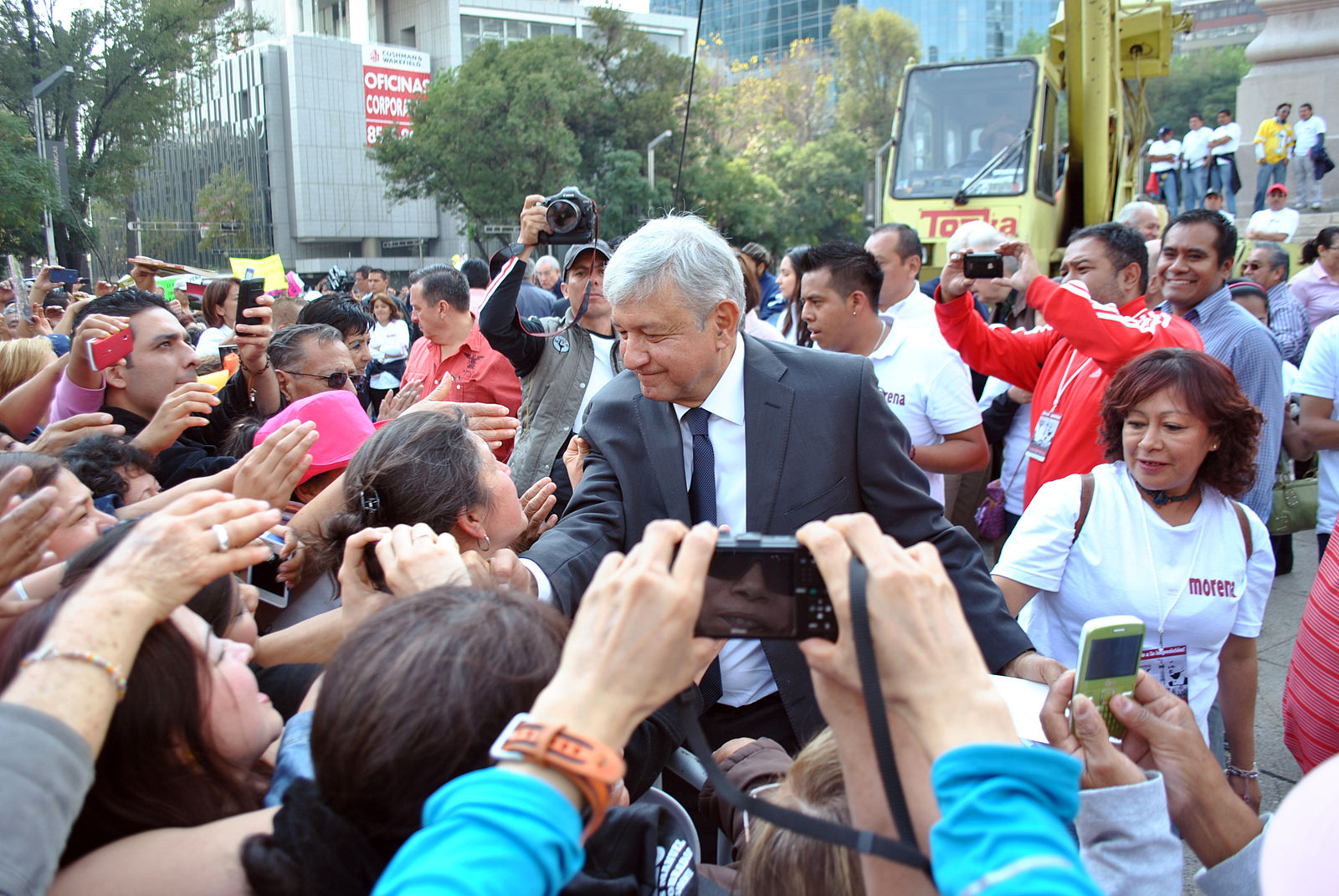 Andrés Manuel López Obrador (otherwise known as “AMLO”) is about to become the next president of Mexico.  He has a seemingly insurmountable lead in the polls, and at this point it would be a complete and utter shock if anyone else were to win on July 1st.  So what he has to say is likely to become the official policy of the Mexican government in the very near future, and that is quite frightening because he is a crazed radical leftist and an extremely bold proponent of illegal immigration to the United States.  As I wrote about yesterday, Mexico has begun the process of a complete and total societal meltdown, and right now chaos reigns supreme along the U.S.-Mexico border.  It would be extremely helpful to have a Mexican president that would be committed to restoring order along the border, but instead AMLO has boldly declared that immigration to the United States is a “human right” and he is encouraging more immigrants to start pouring into the U.S. illegally…

Mexican presidential candidate Andrés Manuel López Obrador (AMLO) called for mass immigration to the United States during a speech Tuesday declaring it a “human right” for all North Americans.

Does that mean that he also believes that immigration to Mexico is a “human right” and that everyone around the world that can get to Mexico’s borders must be allowed in?

Every nation on the entire planet has the right to set their own immigration policies, and the United States is no different.  For a foreign leader to demand that we must take any and all illegal immigrants that show up at our borders is an extremely arrogant thing to say.

But of course AMLO doesn’t exactly have it together.  At one point he even proposed to give amnesty to Mexican drug cartels…

Of course it isn’t just AMLO that is upset at the Trump administration right now.

Central American newspapers are full of outrage over how immigrant families are being treated once they reach the U.S. border.  The following comes from USA Today…

In Honduras, La Prensa newspaper featured a political cartoon Thursday with the title “Nation of Immigrants” that showed the Statue of Liberty using her flame to burn an immigrant. A front page story earlier in the week proclaimed “Separation of Families is Cruel and Inhumane.”

In El Salvador on Friday, the No. 1 most-viewed story in La Prensa Gráfica was about the Time magazine cover showing President Trump looking down on a crying 2-year-old Honduran girl, with the headline “Welcome to America.”

Of course now we know that the “crying girl” story was totally fake news.  That girl was never separated from her mother, and they had paid a smuggler six thousand dollars to get them across the border.

Other newspapers were even more hysterical when describing the crisis at the U.S. border with Mexico…

In Guatemala, an editorial in La Hora newspaper denounced the “xenophobia” of the Trump administration.

“Trump has called our people rapists, criminals, drug dealers and gangsters, among other things,” an editorial said.

And, in Mexico, the newspaper El Universal said: “The United States treats migrant children as Taliban” — a reference to the Afghan terrorist group.

So what are we supposed to do?

Are we supposed to have no border enforcement at all?

According to Politico, that is apparently the conclusion that some U.S. officials have already reached.  According to unnamed officials at the Department of Homeland Security, the current crisis is going to force the U.S. back into a “catch and release” policy…

President Donald Trump may not admit it but, practically speaking, his administration’s “zero-tolerance” border strategy is dead.

Top officials at the Department of Homeland Security acknowledged that reality at a meeting Thursday afternoon, according to a former department official with knowledge of the meeting.

“It’s going to be ‘catch and release’ because they don’t have the detention beds for them,” the former official said.

That is one of the stupidest things that I have heard in a long time.

Everybody knows that the vast majority of illegal immigrants that are “caught and released” never show up for their court proceedings.

Ultimately this is a battle over whether the United States is going to have borders or not.  One of the big reasons why the globalists hate Donald Trump so much is because they want a world in which national borders have essentially been rendered meaningless.  The want an entire planet that is patterned after the EU model, and that means that people would be free to travel over national borders without any interference at all.

But for those of us that still believe in national sovereignty, border security is absolutely critical.  Without any borders, Mexican drug cartels would spread like wildfire in major U.S. cities.  Just like we are witnessing in Mexico right now, violent crime numbers would absolutely soar as a result.