Congresswoman Maxine Waters (D-CA) openly called for people to form a mob and physically confront members of Donald Trump’s administration if they see them out in public after controversy over separated migrant families erupted two weeks ago.

Waters, who doesn’t live in the district she represents and paid her daughter $750,000 for Democratic fundraising activities, said to a crowd at a “Keep Families Together” rally on Saturday: “If you see anybody from that Cabinet in a restaurant, in a department store, at a gasoline station, you get out and you create a crowd and you push back on them, and you tell them they’re not welcome anymore, anywhere.”

Waters’ comments come on the heels of several members of Trump’s administration being physically confronted by angry leftists.

Last week a group of protesters with the Democratic Socialists of America – including a DOJ paralegal – chased Homeland Security Secretary Kirstjen Nielsen out of a Mexican restaurant near the White House. Days later, protesters showed up at Nielsen’s Alexandria townhouse.

Protestors are outside of DHS Secretary Kirstjen Nielsen’s Alexandria townhouse, playing audio of the detained children. She appears to be still be home. pic.twitter.com/akIcxOcM3q

And on Friday night, White House Press Secretary Sarah Huckabee Sanders was ejected from a Lexington, VA restaurant because the gay staff was too triggered by her presence. After the story went viral, Sanders posted to Twitter: “Last night I was told by the owner of Red Hen in Lexington, VA to leave because I work for @POTUS and I politely left. Her actions say far more about her than about me. I always do my best to treat people, including those I disagree with, respectfully and will continue to do so” 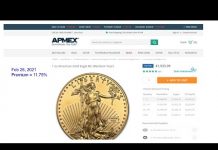