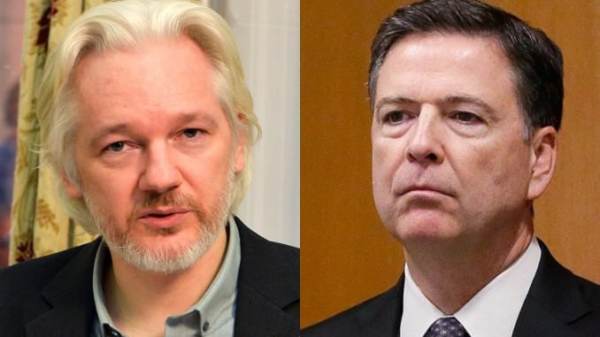 Julian Assange could have revealed where the leaked Wikileaks email came from.
But James Comey turned it down.
Julian Assange has repeatedly said his source for the Podesta emails WAS NOT the Russian government.

The Hill‘s John Solomon broke the news on Monday night.

Of course, Comey refused the testimony from Assange because he did not want the criminal actions of the deep state and Democrat party revealed.

These people all need to go to prison.
Via Hannity: