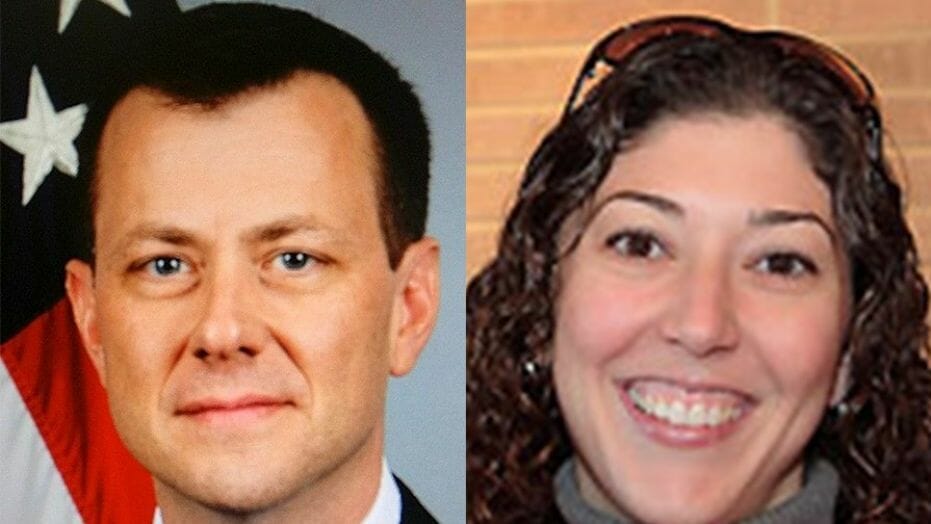 The Inspector General report which will be released in full shortly, reveals a previously hidden, extremely damning text message from Peter Strzok to Lisa Page.

This text message from Strzok was sent to Page 9 days after “Crossfire Hurricane” was opened and 6 days before the “insurance policy” text.

The report will be released today at 3 PM.

President Trump will see a copy of the report at noon.

The first leaks on the report say James Comey broke from FBI procedures when he delivered his report publicly on the Hillary Clinton email scandal.
Hillary broke several rules, laws and regulations but was not found guilty for her actions.
It was a sham investigation by the FBI and DOJ.

Perhaps the most damaging new revelation in the report, according to multiple people familiar with it, is a previously unreported text message in which Peter Strzok, a key investigator on both the Clinton email case and the investigation of Russia and the Trump campaign, assured an FBI lawyer in August 2016 that “we’ll stop” Trump from making it to the White House.

“[Trump’s] not ever going to become president, right? Right?!” the lawyer, Lisa Page, wrote to Strzok.

FBI’s chief of counterintelligence, Peter Strzok and Lisa Page were caught exchanging anti-Trump text messages over the summer of 2017.

In another damning text exchange between the FBI lovebirds 6 days after Strzok said he’ll “stop” Trump from becoming President, was a discussion about an “insurance policy” to keep Donald Trump out of office.

“I want to believe the path you threw out for consideration in Andy’s office…that there’s no way [Trump] gets elected…but I’m afraid we can’t take that risk,” Strzok text messaged to Page in an Aug. 15, 2016 exchange, referring to Andrew McCabe.