But that isn’t stopping the credit service, Intuit, from taking a stance against the Constitution.

Intuit, without warning, ceased processing credit card payments at firearm-related businesses across the country, resulting in small businesses scrambling to track down customers to get them to pay their bills.

Intuit maintains its actions are justified because the company has a “face-to-face” policy prohibiting firearms from being directly sold to customers, the New York Post reports. However, many of the guns businesses sold were sent to federally-licensed firearms dealers near the customers, where a background check can be completed prior to possession.

And the payments that are failing to process don’t only involve firearms, but gun safety classes, T-shirts, coffee mugs, safety training classes and gun-related gear.

Intuit, a financial software and tax preparation company that produces TurboTax and QuickBooks, credited the money back to the customers’ accounts, even after the purchase was shipped, the New York Post reports.

Intuit has not returned the Gateway Pundit’s request for comment.

.@Intuit, WITHOUT WARNING, stopped processing credit card payments because sales were gun-related. "As a result, the businesses had to scramble to track down customers to get them repay their bills." https://t.co/WMRppa1Xjg

In May, QuickBooks abruptly cut ties with Gunsite Academy, a firearms training center, according to the American Rifleman, arguing the guns and knives for sale on Gunsite’s website violated the face-to-face requirement.

Gunsite also lost thousands of dollars when QuickBooks suddenly credited back sales to customers in lieu of processing the transactions.

Meanwhile, internet giants Google, YouTube and Facebook are also strategizing to silence the gun market, tightening restrictions on which gun-related words, phrases, or videos, are allowed on their platforms.

Google is reportedly adding words like “gun-grips” and “scopes and sights” to its list of prohibited AdWords later this month. 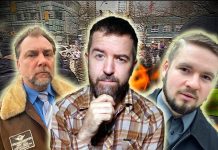