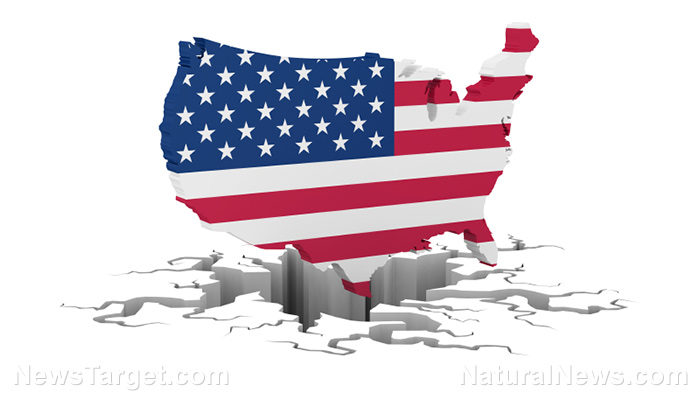 Californians have been buzzing about “The Big One,” a huge earthquake that many experts feel is long overdue along one of the state’s major fault lines. If you think this doesn’t concern you because you don’t live in the Golden State, you could end up paying a big price for that denial as experts outline just how far of a reach such a natural disaster would have.

After all, the U.S.’s second-biggest city, Los Angeles, sits on 100 geological faults and would be severely impacted by The Big One. This would have a significant knock-on effect that would reverberate throughout the American economy.

Writing for Market Watch, seismologist Dr. Lucy Jones warns that people who are focused on the loss of homes and infrastructure damage aren’t seeing the big picture. When she worked at the U.S. Geological Survey, Dr. Jones was in charge of a team that was tasked with estimating what the consequences of a big earthquake would be.

According to their estimates, the direct losses from such a quake would amount to $50 billion, and that figure would easily double thanks to the fires it would trigger. Business disruptions caused by problems with transportation, water, and power would again double the total to exceed $200 billion. Do you still think a major earthquake won’t affect you if you happen to reside on the East Coast?

She also points out that just because buildings meet the current building codes, that does not mean that they will be usable after a quake. She pointed to the 2011 earthquake aftermath in Christchurch, New Zealand, which has the same building code as California, as an example. While no modern buildings collapsed, the central business district was closed down for five years due to the danger of damaged buildings falling – five years! 1,800 buildings have been torn down there. Given that fewer than 20 percent of the buildings in California are covered by earthquake insurance, she says most owners are going to struggle to recover from such losses.

There’s also the matter of the mass exodus this type of disaster would trigger. Under such circumstances, where would people work? She feels they’re likely to move elsewhere; the only times that L.A. has ever noted population losses were in the two years following the San Fernando earthquake of 1971 and the Northridge earthquake of 1994, neither of which were anywhere near as large as The Big One is expected to be. Without employees and customers, businesses will fail left and right.

So if you don’t live in California, think about what the effect of all these displaced Californians will be. Consider, too, that more than 40 percent of the imports to our country come in through ports in Long Beach and Los Angeles. Even if the ports aren’t seriously damaged, it’s pretty likely the railway lines that then carry these goods to other parts of the country will be damaged as they run right across the San Andreas fault. Other West Coast ports wouldn’t be able to handle the volumes these ports typically see. Pipelines bringing fuel from L.A. refineries to Arizona and Nevada would also be affected.