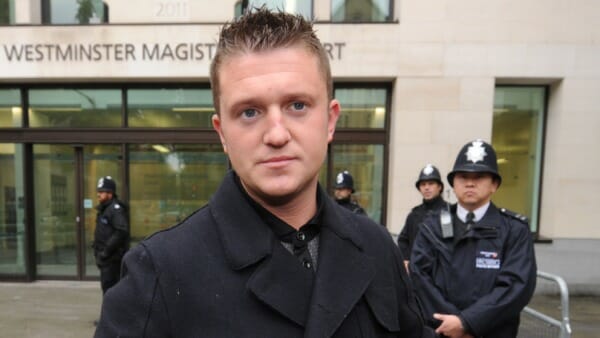 The Human Rights Commissioner of the Council of Europe has denied a request by German MP Petr Bystron to help imprisoned independent journalist Tommy Robinson, while she is calling for an end to the prosecution of NGOs that are aiding illegal immigrants.

Robinson, a 35-year-old independent journalist and activist was arrested in May for suspicion of breaching the peace during his reporting on a child rape gang case, He is now serving a 13 month sentence for contempt of court, which has caused international protests and outrage.

As we have previously reported, Bystron wrote to Commissioner Dunja Mijatović urging that she assist Robinson obtain asylum outside of the UK shortly after his arrest. 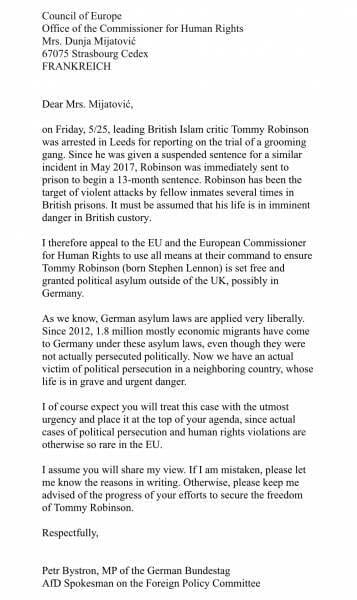 “Robinson has been the target of violent attacks by fellow inmates several times in British prisons. It must be assumed that his life is in imminent danger in British custory. I therefore appeal to the EU and the European Commissioner for Human Rights to use all means at their command to ensure Tommy Robinson (born Stephen Lennon) is set free and granted political asylum outside of the UK, possibly in Germany,” Bystron’s letter explained.

Nearly a month later, Mijatović’s office responded to Bystron claiming that “the Commissioner’s mandate does not allow her to take up individual complaints. 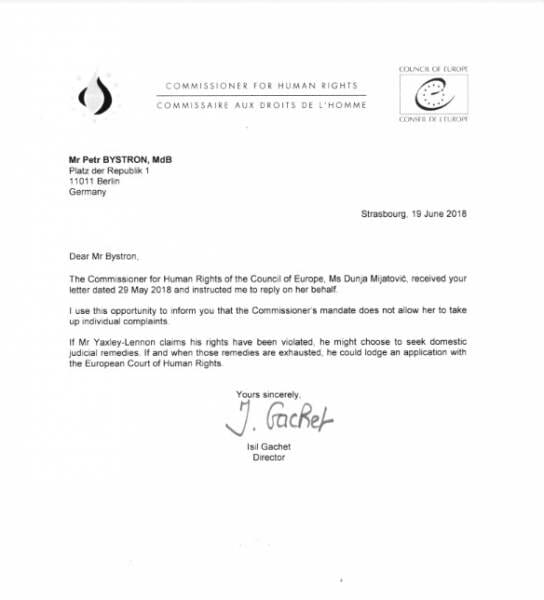 Earlier this week, prior to claiming there is nothing that she could do to help Robinson, Commissioner Mijatović issued a statement for World Refugee Day declaring that she is calling on the Council of Europe States to “refrain from interfering with the legitimate work of individuals and NGOs assisting migrants. States should rather seek to cooperate with them and provide them support. This would not only secure the rights of those in need of protection, but also be beneficial for our societies as a whole.”

Bystron will now be writing back to Mijatović requesting an explanation as to why she can speak out for those who are facing criminal prosecution for assisting illegal immigrants, but not a European citizen who is facing political persecution for criticizing and reporting on child rape gangs.

According to Bystron’s office, the German Foreign Ministry has also refused to help Robinson citing the legality of his arrest. They did not address the reasons why many believe it to have been unjust. Since 2012, a whopping 1.8 million people have been granted asylum in Germany despite the vast majority being economic migrants who are not politically persecuted.