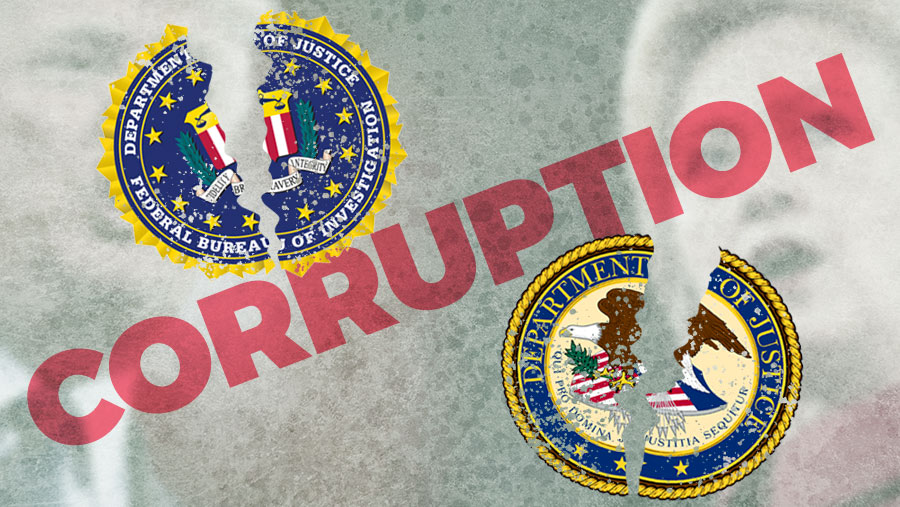 While we published the long-awaited DOJ Inspector General report for readers to go through while highlighting how liberal media outlets were attempting to preemptively spin the report with a misleading narrative, to get it to our readers as fast as possible, we offered it without specific portions highlighted.

Below are just a few highlights after digging through the report.

SOME QUICK POINTS BEFORE DISCUSSING TREASON…..

Some quick points before focusing on one general theme noted from direct quotes by individual FBI agents which show they were actively “attempting by overt acts to overthrow the government,” which is part of the very definition of treason.

Point one: As stated in the 568 page report, this review covered items mandated in the initial January 12, 2017 initiation of review, including media leaks and actions taken by the FBI/DOJ in regards to the Hillary Clinton investigation, as well as whether participants should have been recused from certain investigative matters, but as seen on page 4 of the IG report just released, ”  As we describe in Chapter Twelve of our report, most of the text messages raising such questions pertained to the Russia investigation, which was not a part of this review.” 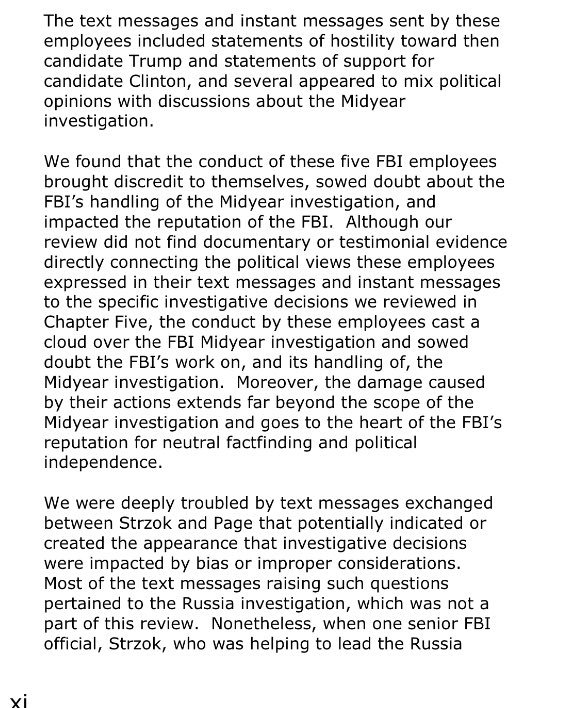 Point Two: As we highlighted when we embedded the report on Thursday, June 14, 2018, the media is desperately trying to get their audience to focus on one line out of all the 568 pages, that being “we did not find documentary or testimonial evidence that improper considerations, including political bias, directly affected the specific investigative actions we reviewed’.”

As Wall Street Journal’s Kimberly Strassell succinctly points out, all that “means he didn’t catch anyone doing anything so dumb as writing down that they took a specific step to aid a candidate. But he in fact finds bias everywhere. The examples are shocking and concerning, and he devotes entire sections to them. And he very specifically says in the summary that they “cast a cloud” on the entire “investigation’s credibility.” That’s pretty damning.”

Point Three: While I note legitimate concerns about the press conference FBI Director Christopher Wray held to discuss this issue, the actions he is taking, specifically accepting all the IG’s recommendations, and referring five members of the FBI highlighted in the report, to the Office of Professional Responsibility (OPR), is exactly the procedure the FBI should be taking.

Remember it was the OPR that recommended the immediate firing of former FBI deputy director Andrew McCabe just days before he was to become eligible for his full pension benefits, after the first IG report was released.

There is an incredible and completely understandable frustration in having everything laid out by the IG report, with massive amounts of bias spotlighted in the report (deliberately so by the IG), but no immediate actions taken (like handcuffing people right now!), but to criticize former FBI director James Comey for bypassing procedure time and time again as shown in the IG report, yet demand the FBI bypass procedure to hold these people accountable right this second without following the IG’s recommendations to refer these FBI employees to the OPR, would be hypocritical of us.