An industry dogged by non-believers who fret about privacy and fraud.

The last month has been an unhappy time for daydreamers of a cashless nirvana. Following weeks of disruptive tech failures, payment outages, and escalating cyber fraud scams, much of it taking place in Britain, consumers have been reminded of one of the great benefits of physical cash: it is accepted just about everywhere and does not suddenly fail on you.

The findings of a new study by UK-based online payments company Paysafe, partly owned by US private equity giant Blackstone, confirm that consumers on both sides of the Atlantic continue to cling to physical lucre.

For its Lost in Transaction report, Paysafe surveyed over 5,000 consumers in the UK, Canada, the US, Germany, and Austria on their payment habits. One of its main findings is that 87% of consumers used cash to make purchases in the last month, while 83% visited ATMs, and 41% are not interested in even hearing about cash alternatives.

“Despite the apparent benefits of low-friction payment technologies, these findings suggest many consumers aren’t ready to lose visibility of the payment process,” says Paysafe Group Chief Marketing Officer Oscar Nieboer. “It’s clear that the benefits are not unilaterally agreed upon, with cultural and infrastructure trends at play, and it may be some time before adoption is widespread.”

Although consumers continue to cling to cash, they appear to be carrying less of it: 49% overall in the survey and 55% of U.S. respondents said they carry less cash now than they did a year ago. The average American consumer carries $42 today — that’s $8 less than in 2017. In the UK the average amount carried in 2017 was £33; that has now fallen to £21.

But that does not mean that the amount of cash in circulation is dwindling. On the contrary, according to this year’s G4S cash report, the world average ratio of currency vs GDP continues to rise, reaching 9.6% in 2018. “Currency in Circulation vs. GDP is increasing on all continents, indicating a consistent, growing demand for cash across the world,” says the report. South America has by far the highest cash dependency relative to its GDP, with an average ratio of over 16%.

That’s not to say that alternative payment methods — debit and credit cards and other forms of electronic payment — are not growing in use. In the UK contactless shopping is the most popular payment alternative, with 54% of consumers using it in the last month – compared to just 3% of US shoppers. It was largely thanks to this predilection for contactless cards, coupled with the reduced use of cash, that UK consumers were much more severely affectedby the recent 12-hour outage of visa payment services in Western Europe.

Most consumers are still loath to use so-called “frictionless” payments — i.e. invisible transactions that take place ‘behind the scenes’ in apps — for in-store purchases. While 50% of respondents to the Paysafe survey said they had used a digital wallet such as Skrill or NETELLER for online purchases, just 9% of them currently use one for shopping in-store. Only 23% of consumers reported using frictionless payments in apps such as Uber, while 65% think voice-activated systems are not secure.

The two biggest concerns consumers have with mobile payments are privacy and fraud. “Closer examination of the reasons for this low and slow adoption of frictionless payments shows that, once again, fraud is the most widely mentioned barrier, cited by 50% of respondents,” the study said. “But data security is also a major concern, expressed by 48% of respondents.”

Given the number of recent scares, it’s a justifiable concern. Shoppers in Canada and the UK, two of the world’s most cashless economies, reported a rise in fraud in 2017, of 7% and 6% respectively. It’s a reminder that the more consumers come to rely on technological solutions in the payment sphere, the more exposed they become to the attentions of highly sophisticated cyber criminals. 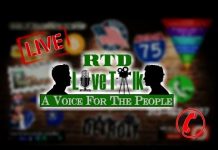