QUESTION: Mr. Armstrong; You pick themes that are not really just political on the surface, but beneath you are connecting the dots economically. This is what I read between the lines for you do not always emphasize it in every post why you will address issues like migration and civil unrest. Are these serious issues to the economic backdrop?

ANSWER: Oh yes. Perhaps I just understand that is the backdrop so I do not openly restate it because it is obvious to me. Not a very good communication tactic on my part. To explicitly state this, when the economy turns downward, people will then blame migrants. Today, they label this as racist. That is simply not true. It really has nothing to do with race or religion. We say civil unrest turn to violence during the 1840s when there was a wholesale State level Sovereign Debt Crisis in the United States. That was against the Irish who were the same race, but were at least Catholics that the Protestants did not like back in Europe. 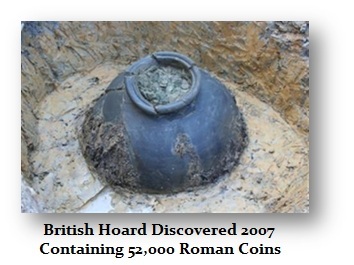 During such period of civil unrest, capital contracts and begins to hoard. This is what caused the German Hyperinflation for that was a 1918 Communist Revolution which overthrew the German Emperor. We also find hoards of ancient coins from periods of economic stress. The 3rd century AD is when we have the most hoards, but they tend to cluster also around civil unrest and civil wars. If people are fearful or uncertain about the future, they do NOT spend and they contract. So the global trend I am highlighting with respect to rising civil unrest is important economically. The fact that this trend is WORLDWIDE, is particularly alarming for it further supports the fact that we are in the Sixth Wave and 2032 will be the generational change of monumental proportions.

What I have been warning is that this Trump Revolution has little to do with Trump as a person. People are rising up against career politicians everywhere around the world. In New York City, Alexandria Ocasio-Cortez, who is only a 28-year-old who’s never held elected office, just ousted New York City Congressman Joe Crowley in the primary. Crowley had been considered to be a candidate to become House speaker if Democrats win the majority in November.

You have to look around and connect the dots. We are in a trend that is altering the economy and shifting powers. The future will be DIFFERENT from the past and everything people assumed would NEVER happen, will happen. We are changing the world with the generational shift as ALWAYS.