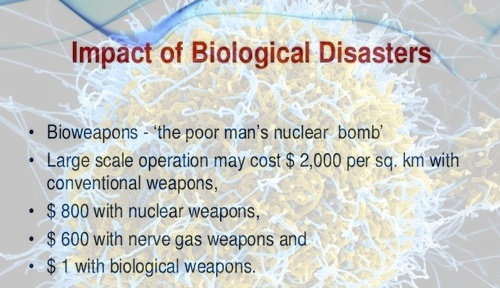 Only days after we published this June 17th story on ANP titled “Stunning Maps Show Half Of America Could Be Hit By Pandemic Within 70 Days Of An ‘Outbreak’ As MSM Talks ‘Disease X’ – Could ‘Man Made Recipe For Disaster’ Bring A ‘Tidal Wave Of Death’?“, the Drudge Report linked to this June 19th story over at The Guardian which confirmed our warning.

Titled “Synthetic Biology Raises Risk Of New Bioweapons“, within their story they warned of a new generation of bioweapons made possible by rapid advances in science which allow scientists the ability to create their own viruses, leaving all of us more vulnerable to a potential man-made biological attack.

Referencing this June 19th study completed by the National Academies of Sciences, Engineering and Medicine that was conducted at the request of the Department of Defense, their study warns that with this technology falling into the wrong hands, potentially grave dangers await Americans and US military personnel. From their report:

Synthetic biology expands the possibilities for creating new weapons — including making existing bacteria and viruses more harmful — while decreasing the time required to engineer such organisms, concludes a new report by the National Academies of Sciences, Engineering, and Medicine. Although some malicious applications of synthetic biology may not seem plausible right now, they could become achievable with future advances.

Synthetic biology, a field that creates technologies for engineering or creating organisms, is being used for a variety of purposes that benefit society. Applications include treating diseases, improving agricultural yields, and remediating pollution. Even though synthetic biology holds great promise in many areas, it is possible to imagine harmful uses that could threaten U.S. citizens and military personnel. To better prepare for potential misuse, the National Academies were asked by the U.S. Department of Defense (DOD) to develop a framework for evaluating security concerns related to advances in synthetic biology. The task included assessing the levels of concern warranted for such advances, and recommending potentialoptions to anticipate and respond to such threats.

“In and of itself, synthetic biology is not harmful. The level of concern depends on the specific applications or capabilities that it may enable,” said Michael Imperiale, Arthur F. Thurnau Professor of Microbiology and Immunology at the University of Michigan and chair of the committee that conducted the study and wrote the report. “The U.S. government should pay close attention to this rapidly progressing field, just as it did to advances in chemistry and physics during the Cold War era.”

As Shepherds Heart recently reported in a story that Steve Quayle linked to on his website on Thursday, human beings are the guinea pigs with the New SynBio Insect Nanoparticle Vaccine and with the synthetic biology field now growing by leaps and bounds, NPR reported on June 19th that “one of the biggest concerns is the ability to recreate known viruses from scratch in the lab. That means a lab could make a deadly virus that is normally kept under lock and key, such as smallpox”.

Reporting also that “right now, recreating pretty much any virus can be done relatively easy“, it’s not just a coincidence that bioweapons are known by some as a ‘poor man’s nuclear bomb‘, used in various ways through history and able to inflict mass casualties cheaply. Also referring within their story to ‘horsepox’, an ‘extinct’ cousin of smallpox that was ‘recreated’ by man in a Canadian laboratory, this February 17th story also over at NPR reported profits for ‘big pharma’ were being put ahead of public safety. From that story:

In the brave new world of synthetic biology, scientists can now brew up viruses from scratch using the tools of DNA technology.

The latest such feat, published last month, involves horsepox, a cousin of the feared virus that causes smallpox in people. Critics charge that making horsepox in the lab has endangered the public by basically revealing the recipe for how any lab could manufacture smallpox to use as a bioweapon.

The scientist who did the work, David Evans of the University of Alberta in Canada, has said his team had to synthesize horsepox because they wanted to study the virus and there was no other way to get it.

There was another possibility, NPR has learned. Evans could have done research on a specimen of horsepox collected from the wild, but he didn’t pursue that alternative.

He says using the natural virus might have prevented the pharmaceutical company he is working with from commercializing horsepox as a new vaccine for smallpox. But the head of the company told NPR that he had not been aware that this stored sample of horsepox was potentially available — and would not have wanted to synthesize the virus from scratch if he had known. 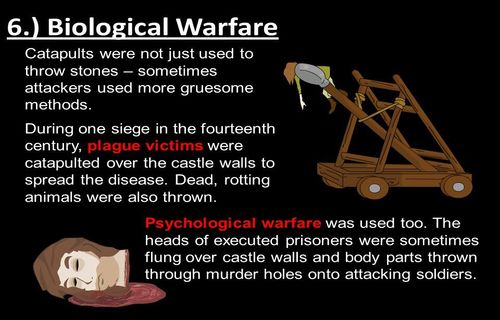 With bioweapons used in times of antiquity via enemies polluting water wells with dead animals or warriors using catapults to cast dead bodies riddled with plague or other deadly diseases over castle walls, as we see detailed below, scientists may not be the only people able to get their hands on these new tools of DNA technology with CRISPR gene editing technology now available as close as Amazon.

As the Amazon description for their product states, “this kit includes everything you need to make precision genome edits in bacteria at home including Cas9, tracrRNA, crRNA and Template DNA template.” So what could possibly go wrong with human beings, some with possibly evil intentions, having the tools to ‘play God’? The excerpt below from this December of 2017 story from the Singularity Hubwarns of the opening of Pandora’s Box.