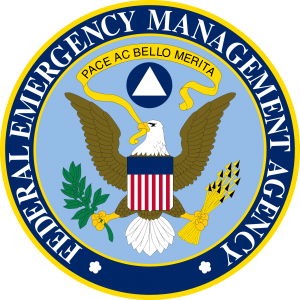 I frequently receive information from disgruntled employees to “aware and awake” personnel with a conscience” from the various alphabet soup agencies. However, I have been hearing about FEMA barges since Hurricane Katrina and getting details has proven almost impossible. There literally is no paper trail regarding mission plans, or operations details.

Scant Information On FEMA Barges
As stated, I have been hearing the stories and rumors of FEMA barges since Katrina, small operation, to Houston’s Hurricane Harvey, large operation. My sources of information have not been federal employees as much as the few people who have contacted me who were able to escape the clutches of FEMA. Therefore, much of my previous knowledge comes from people who have seen the operations from the outside looking in, not the from the inside, hence, another reason for the elusiveness of the operation.

Since Hurricane Harvey, I have received two detailed stories from two separate individuals in two different locations who provided information on how people are supposedly “gathered up”. The supposed stories had some common elements. First, armed private contractors do a sweep of an area where they are hoping to gather up detainees. The people are disarmed by the private contractors of anything that could be used as a weapon. In both cases, sustenance food and water was left behind for the potential evacuees in anticipation of FEMA’s arrival. The objective of the initial personnel was not to transport anyone, anywhere, they were solely disarming the people and told to stay in place as more help was coming. One person told me that he asked to be transported to a safer area by their so-called rescuers, for medical reasons and was refused. This is when he became suspicious. When FEMA arrived, he decided to hide himself and his family in what he described as a safe room that was concealed from people conducting a house-to-house search. He said there were motor boats and helicopters that were in the area for about four hours. I asked hm why mistrusted the second wave of rescuers and he told me the original contractors that came through conducted a forced search of his property looking for guns. He said the excuse given by the military contractors was that traumatized people might shoot at rescuers. When he asked them where his family would be taken, he was told that they did not know. That was his warning bell that something was not right.

In the aftermath, he returned to his neighborhood and several of his neighbors that decided to stay put during the storm could not be found. Some, perhaps most, vacated the area before the storm hit. He said as far as he knew, that this family were the only ones that he know of that intended to get through the event without evacuating, that was still left. He relocated to Arizona and someone he knew put him in touch with me and we had a face to face communication. I know his name, his former occupation and how he came to Arizona and this is a legitimate story. He said, under the present set of circumstances, he does not dare go public because of what he learned. This person is extremely fearful and communication is only one way, and as a result, I may not hear from this person again. We have had two face-to-face meetings.

The second individual and myself had first hand experience and contact with FEMA personnel who evacuated their semi-rural, Houston area. FEMA personnel were in boats with a loud speakers. There were well-armed. The man with the bullhorn said they were there to take them to safety. The lower level of their home was flooded on the first level and had about four feet of standing water. FEMA came to their door and yelled in to see if anyone was in the home. He felt that standing water discouraged them from coming in the home. He told me that he would have trusted FEMA based on what he heard, but about an hour before FEMA knocked on his door, he said he observed people under guard being boarded on to boats. a couple of blocks from his home which he observed from a third story window. He told me he understood why FEMA would be armed under these conditions, but he did not like the method of supervision that he witnessed from his third story window.

The second person was in the process of restoring his home and needed federal cooperation to do so and so he will not be speaking out, but thought people should know. The first person is trying to make a new life in a new location and has no desire to become known because he fears retalilation.

The combination of these two stories were concerning, but it is not the stuff that would necessarily make for a believable story, at least not until now. Neither of these two stories involved the use of FEMA barges. However, the forced relocations of FEMA with the oversight of the local Sheriff’s Departments were concerning to me. In neither case was local law enforcement witnessed in helping with the evacuation at the points of observed first contact.