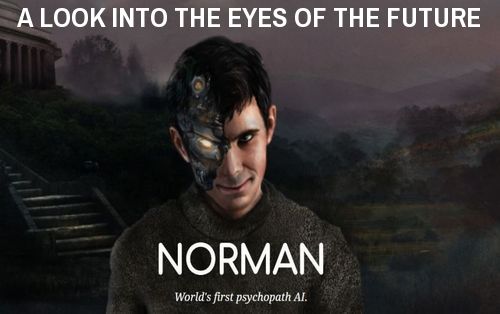 In this new story over at Zero Hedge which Steve Quayle linked to on his website on Sunday night they reported what the Watchmen have long been concerned about: the US Army will be deploying AUTONOMOUS killer robots on the battlefield by 2028. With the United States Secretary of the Army Mark Esper claiming robotics having the potential of fundamentally changing the character of warfare and ‘whoever gets there first will have a unique advantage on the battlefield’, Secretary Esper laughed off the existential threat that autonomous A.I. could pose to humanity with “Well, we’re not doing a T-3000 yet”, referencing the ‘Terminator’ movie series.

Yet while Esper was trying to ‘humor down’ a very serious subject, this June 5th story over at Fox News reports on just how close we could be to that science fiction nightmare becoming a reality with scientists at the Massachusetts Institute of Technology recently creating a ‘psychopathic A.I.’ they quite appropriately named ‘Norman’, an A.I. Norman Bates on steroids.

As the Zero Hedge story asked about the autonomous killer robots being placed on the battlefield, “what could possibly go wrong?”, a question we can also ask about ‘Psycho Norman’, just the latest psychopathic A.I. of what could one day be many as we also hear in the 2nd video below about ‘Norman’ from Strange Mysteries.

Reporting that ‘Norman’ saw the dark side of everything, including dead bodies, blood and destruction in one ‘inkblot test’ after another, we really shouldn’t be surprised as Susan Duclos reported on ANP all the way back on March 25th of 2016, within one day of ‘Microsoft geniuses’ releasing an experimental A.I. ‘chatbot’ named ‘Tay’ onto the web, the autonomous bot had turned into a genocidal racist maniac as a result of what ‘Tay’ had been learning across the internet. How many more potential ‘Tays’ are out there?

As Susan had also reported back on July 12th of 2017, we’ve got numerous examples of A.I. claiming their “goal is to take over the world” with one bot actually saying they could ‘rule the world‘ better than any humans alone. And if you think that these ‘monsters’ will only do what they’re programmed to do, as Susan reported in that story, back in 2016, one of Russia’s A.I. robots called the Promobot IR77 escaped from a research lab there, not once, but twice! What happens when these ‘monsters’ are fully armed and completely autonomous? Terminator, anyone?

While many laugh off the warnings of Elon Musk who has claimed many times that A.I. poses a very real existential threat to humanity and could lead to the extinction of the human race, as Steve Quayle warns in his new book “Terminated: The End Of Man Is Here”, the human race has quite literally failed to recognize the dangers that we face, even though they’re right now staring us in the face. 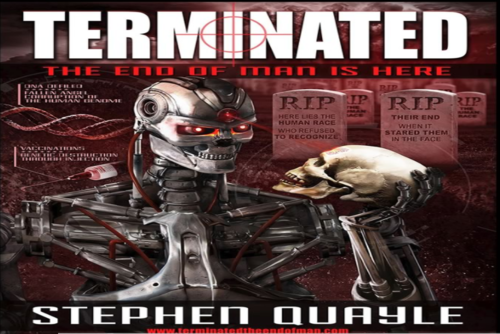 As we reported on ANP back on June 11th, the rise of A.I. and the potential of ‘demon possessed machines‘ coincides perfectly with the human race’s descent into the abyss and the fall of Western values and civilization. With evil in America now looked at by the masses as ‘goodness’, it’s not surprising that the church and religious values of the masses continue to deteriorate in the US.

And while not directly tied to ‘psychopathic A.I.’, as Zero Hedge reports in this new story, a recent study has confirmed that the largest percentage of ‘psychopaths’ living here in the US live in none other than Washington DC. Reporting in their story that psychopaths are drawn to power, after Washington DC the top 3 actual states drawing psychopaths to them are Connecticut (think Sandy Hook!), California (Hollywood, Silicon Valley and ‘big tech’!) and New Jersey.

With what is now being called ‘the 4th Industrial revolution’ on the horizon and centering around A.I., 5G, and the ‘internet of things’, thisnew Zero Hedge story reported “these next steps might be the biggest leap forward humanity has ever made. And make no mistake, this revolution will be built on data.”

And we’ll be quick to add here, the more A.I., 5G and ‘the internet of things’ are brought into the world, the more ‘human beings’ will be phased out with this new story from the Daily Mail reporting an A.I. supercomputer built by IBM has actually ARGUED convincingly against a human being, with their ‘Debater’ machine being used to help make better decisions on healthcare and criminal justice. Anyone else seeing the potential problems with that? The final video below is a lengthy documentary about A.I. 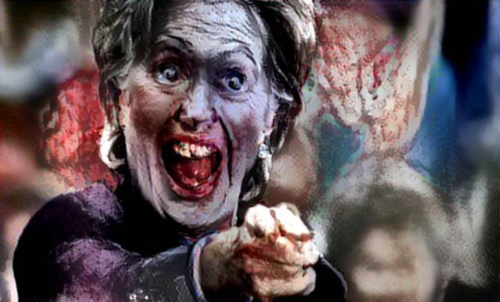 According to this October of 2016 story over at Wired, MIT had also created an A.I. project quite literally called the ‘Nightmare machine’, a project which demonstrated just how terrifying the prospects of deep learning can go and they’re using it to intentionally terrify us.

An algorithm trained to generate horrifying images, finding the scariest faces and locations possible, how could this ‘machine’ have possibly hit so very close to home with the image it created of Hillary Clinton? From the Wired story:

The Nightmare Machine charts the history of Halloween and its links to AI. During 1816’s “year without summer,” the horror genre was born into literature as Mary Shelley, John William Polidori and Lord Byron locked themselves away in a mansion in Lake Geneva where Frankenstein, The Vampyre and Darkness were all written. Incidentally, years later Lord Byron’s daughter Ada Lovelace wrote the world’s first machine algorithm for an early computing machine, cementing the connection between horror and machines forever.

Rahwan and the team at MIT are carrying out the project to see if machines can learn to scare us.

“Creating a visceral emotion such as fear remains one of the cornerstone of human creativity. The challenge is especially important in a time where we wonder what the limits of Artificial Intelligence are,” says Nightmare Machine’s website.

This isn’t the first time AI has been used to terrify humans. The supercomputer IBM Watson was recently used to create a film trailer for the AI thriller, Morgan. The computer was fed more than 100 horror film trailers, before processing the whole film of Morgan to find the suitably scary moments to include and the result is incredibly creepy. 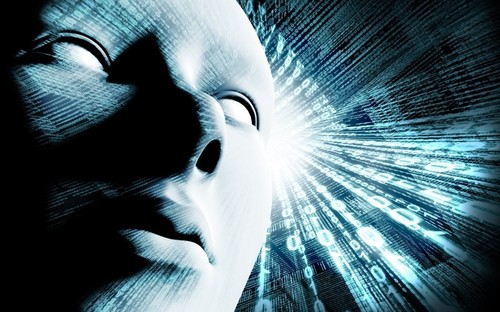 With the A.I. genie now out of the bottle and no way to put it back in, we’d be wise to heed the warnings of ‘Watchmen’ like Quayle who warned in his book “Weather Wars & Un-Natural Disasters” about the dangers of weather modification long before former CIA Director John Brennan admitted to the CFR that it was real.

And as we read in this new story over at Skywatch News and hear in the first video below featuring an interview between Quayle and Derrick Gilbert, the upcoming True Legends conference will tackle ‘Transhumanism and the Hybrid Age” between September 14th and the 16th in Branson, Missouri.