This is the official SGTreport BACK UP channel. Please subscribe!!!

It’s clear what’s going on at You Tube now. Divide, Conquer and Terminate those whose speech they do not condone. You Tube issued my main channel a second strike today for my video aptly titled ”The Ultimate Betrayal’ which was uploaded on March 5th – it was about the vital importance of our Second Amendment rights. You can see that video and my interview with Christopher Bollyn about 9/11 (which got a strike a couple of weeks ago) on my Bitchute account. Because of these two strikes, I can’t upload videos to my main SGTreport channel for two weeks. If they give me another unwarranted strike, it’s game over. Terminated. 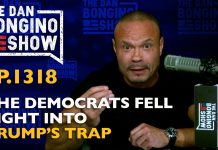