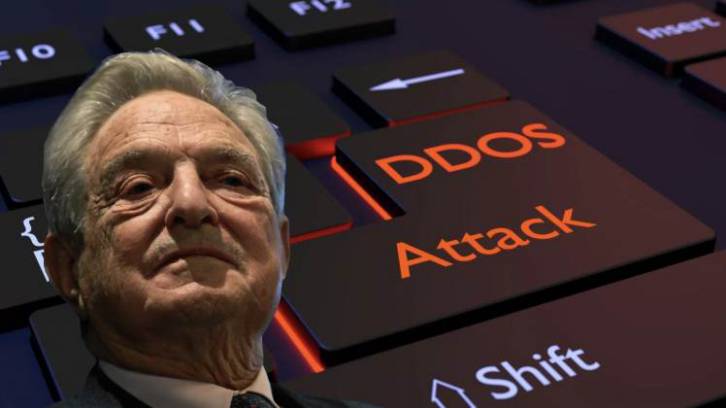 Three days after the recent US / UK / French missile attacks on Syria, our website was hit by severe DDoS attacks. It’s the most common method for rendering a website inoperable, by bombarding it with more server requests than it can handle. We were knocked out for about 50% of the next 3 days, and experienced hiccups for the next 10 days or so. We alerted you about this in an article as soon as it happened.

Our system administrators are top level, and they managed to fight off the attacks, but they continue to this day, a full month since they started. Dealing with this has been expensive, time consuming, and hurt our ability to reach you and produce material.

And it wasn’t just us – a lot of alternative sites were hit, and all at the same time. This includes Global Research, SOTT, SouthFront, the Saker, New Eastern Outlook, and several others. A week later the same thing happened to the Gateway Pundit, a highly influential conservative American news site, which is about twice our size, after they published an article critical of George Soros.

Now the thing about these attacks is, it’s impossible to know who’s doing it. The only thing to go on is – cui bono? Anybody with moderate financial resources can launch one – from state actors to disgruntled billionaires to anyone willing to shell out a few $10s of 1000s.

So let’s think about cui bono, just after the Syria strikes. Time to channel Hercule Poirot.

Certainly, the state of Israel is a prime suspect. They have an extremely active state-run internet subversion operation which we have covered recently. See: Meet the Israeli Spies Injecting Fake News Into Facebook’s Newsfeed, or How Israel and its Partisans Work to Censor the Internet.

Further suspects are the intelligence agencies of the bombing countries. Moving down the list we have your garden variety wealthy political activists – George Soros, Bill Browder, Mikhail Khodorkovsky – the usual suspects – I don’t even have to list them for you.

And that’s about it. I can’t think of anyone else who would want to do this. Can you? 4 governments, and maybe, 20 or so rich guys. That’s not a very long list.

The intelligence operations of the 4 governments can’t really be considered separate entities, they cooperate so intimately on so many things – as they certainly did on the Syria attack. Think of them as a kind of blob. And half of the guys on the Richie Rich list are so in bed with intelligence agencies – all three of the ones mentioned above are – there is hardly any difference there either. Alors!, Ze list shrinks again!

Note – any of these culprits could have mounted a much heavier attack that would have knocked out all these sites 100%, for months on end. The reason they don’t is this would appear heavy-handed, and raise the ire of the public. No, their preferred method is to cause just enough trouble to dampen our message, reduce our reach by about half during the critical days when it is important. It is the calculated approach of info professionals who know what they are doing.

The timing also betrays a cunning subtlety. Not exactly on the day of the attacks (evening of April 6 – into Saturday the 7th, US Eastern Time), again, too obvious, rather three days later – they started on early Tuesday evening, the 10th, US Eastern Time, still in plenty of time to dampen the public outcry that followed.

The attacks would intensify in the early evenings in the US, when our system administrators were asleep in Europe – did the attackers know where our system admins live? The attacks reached maximum intensity from the 12th to the 14th of April, and then gradually fell off, averaging half the intensity in the following week, and 10% of top intensity today. Again, why? I think to try to distract from the fact that what they really cared about was the news cycle immediately following the attacks, but didn’t want to make that too obvious, so they kept them going for a while.