by Bruce Bawer, The Gatestone Institute: 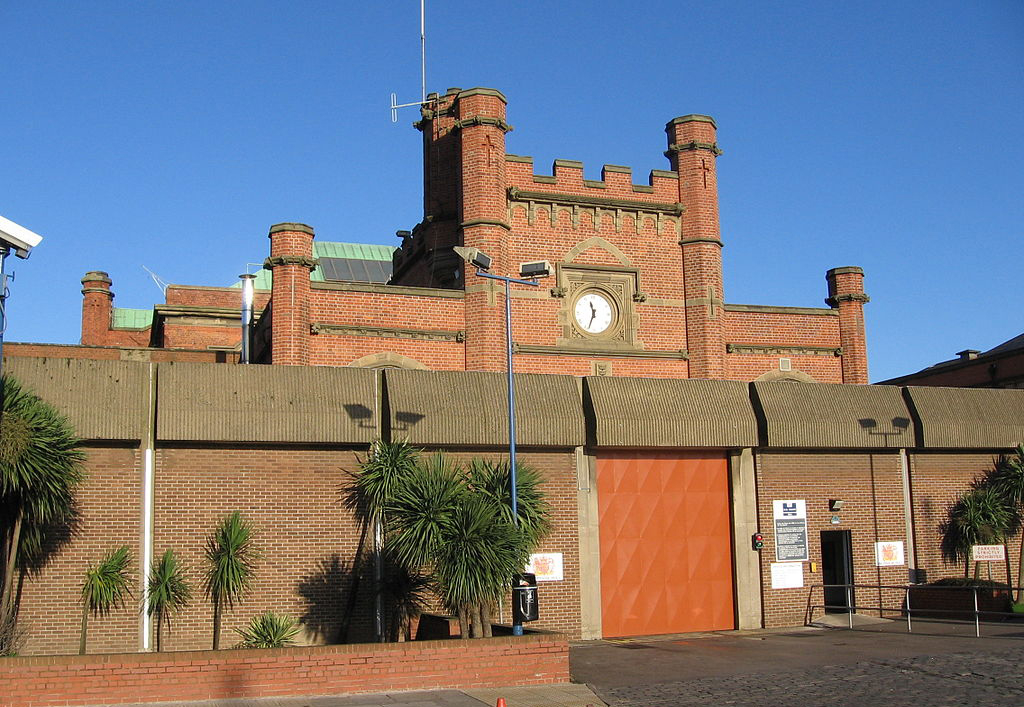 “I am in a country that is not free… I feel jealous as hell of you guys in America. You don’t know how lucky you are.” — Carl Benjamin (aka Sargon of Akkad), YouTuber with around a million subscribers.

“I am trying to recall a legal case where someone was convicted of a ‘crime’ which cannot be reported on.” — Gerald Batten, UKIP member of the European Parliament.

“UKIP Peer Malcolm Lord Pearson has written to Home Secretary Sajid Javid today saying: if Tommy is murdered or injured in prison he and others will mount a private prosecution against Mr Javid as an accessory, or for misconduct in public office.” — Gerald Batten.

On Friday, British free-speech activist and Islam critic Tommy Robinson was acting as a responsible citizen journalist — reporting live on camera from outside a Leeds courtroom where several Muslims were being tried for child rape — when he was set upon by several police officers. In the space of the next few hours, a judge tried, convicted, and sentenced him to 13 months in jail — and also issued a gag order, demanding a total news blackout on the case in the British news media. Robinson, whose real name is Stephen Yaxley-Lennon, was immediately taken to Hull Prison.

Hull Prison, in Kingston upon Hull, England, where Tommy Robinson was taken to serve a 13-month prison sentence just hours after his arrest on Friday, May 25.

Most media outlets were remarkably compliant. News stories that had already been posted online after Robinson’s arrest at the Scottish Daily Record, Birmingham Live, The Mirror, RT, and Breitbart News were promptly pulled down, although, curiously, a report remained up at the Independent, a left-wing broadsheet that can be counted on to view Robinson as a hooligan. Indeed, the Independent’s article described Robinson as “far-right” and, in explaining what he was doing outside the courthouse, used scare quotes around the word “reporting”; it then summed up the least appealing episodes in his career and blamed him for an attack on the Finsbury Park Mosque last January. Somehow, the Independent also got away with publishing a report on London’s Saturday rally in support of Robinson.

Also on Saturday, Breitbart UK posted a copy of the gag order, but redacted it as required. The resulting document proved to be a perfect illustration of Western Europe’s encroaching tyranny.

Were all the articles in the British media pulled down “voluntarily”? There is no way to know for sure. On Sunday, at about noon Central European Time, one of my Facebook friends posted a link to what was apparently a new story at Breitbart UK, about Robinson’s imprisonment in Hull. Three hours later, however, the story was no longer there. Shortly afterward, I clicked on a link to an article at the Hull Daily Mail that Google summed up as follows: “Supporters of former EDL leader Tommy Robinson are urging people to write to him in Hull Prison — where they say he is in ‘grave danger.'” When I clicked on the link, however, the story had been pulled.

Carl Benjamin, who produces video commentary under the name “Sargon of Akkad,” is a popular British YouTuber who has somewhere around a million subscribers, and who routinely criticizes Islam, identity politics, and political correctness with wit and panache. He is generally a lively, free-wheeling, sardonic fellow, but in the two-hour-plus video he posted on Saturday about the Robinson case, he was uncharacteristically sober, exceedingly cautious, and at times even sounded mournful.

“I did tell you that Britain isn’t a free country, didn’t I?” he said a minute or so into his video. “I’ve been saying it for ages… and nobody listens.” He made it clear he was not about to violate the gag order — not, as he put it, about to “blunder into the jaws of the beast, in much the same way as I guess Tommy has,” and thus “deliberately put myself in the line of fire with the UK government, giving them just cause to arrest me.”

Benjamin is a gutsy guy, so it was unsettling to hear him speak this way. The look on his face somehow brought home the dark reality underlying Robinson’s fast-track arrest, trial, conviction and incarceration. Benjamin emphasized that the most “sensible” thing for someone like himself [Benjamin] to do right now — he used that word, “sensible,” repeatedly — is to do his best to stay out of jail so that he can continue to speak up. “I am in a country that is not free,” he repeated gravely. “My options are limited… I feel jealous as hell of you guys in America. You don’t know how lucky you are.”

The upside — and the irony — of this case is that the gag order, while silencing the British news media, has caused people around the world to take notice. To be sure, a quick tour of major mainstream newspaper websites in Western Europe, North America and around the Anglosphere turned up nothing. But on alternative news sites around Europe, the story was front and center. The Fox News website reported on Robinson’s arrest — but even Fox, frustratingly, insisted on calling him a “right-wing activist.”

“Where is Tommy Robinson? A question whose answer should be demanded rather than merely asked…. Modern day Merry England has become far more nightmare than fairytale, as it steadily works its way toward ugly police state status.”