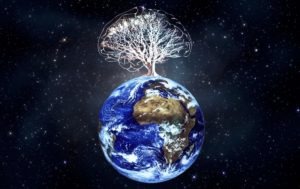 There’s been heightened chatter as of late, particularly in the Twittersphere, around the idea humanity might be undergoing a consciousness expansion. This concept seems to be going mainstream, which could be a great thing provided it doesn’t get turned into a cliché or marketing gimmick.

This notion of a human consciousness shift that could emerge and alter the paradigm on planet earth in unimaginably positive ways was something I became obsessed with last year. My interest was sparked by the infantile and deranged political environment which swept across the U.S. in early 2017, and was solidified by an encounter with the concept of Spiral Dynamics generally, and the work of Ken Wilber specifically. I ended up writing a five-part series on the topic, which I’d like to revisit before moving on.

According to Wilber, the key threshold to hit in order for the next stage of human evolution to occur is 10% of the global population moving into a second-tier type consciousness (yellow based value system). To understand what that means, let’s revisit some of the key characteristics of people resonating at second-tier consciousness.

From Spiral Dynamic Integral the Netherlands:

Firstly, he noticed that a Yellow orientated lifestyle is much more free than a lifestyle in any of the other value systems. Yellow oriented people seemed to move and express themselves completely free and independent of their life environment. Contrary to people in other value systems, they were not afraid anymore to be rejected and they didn’t fear other people’s or God’s judgment. They didn’t show the need to make an impression on others and to reach the top at the cost of everything.

They also didn’t strive anymore for absolute truths and they didn’t have the need to belong to something anymore. In short: these were people without irrational fears, compulsive needs and compulsive behaviors. However, this Yellow freedom doesn’t mean that people in the Yellow value system are not connected to their environment. On the contrary, Yellow oriented people are very much involved and show a lot of compassion. The biggest difference with people from other value systems is that their life environment is not fearfully or compulsively leading them.

That’s a lot to unpack, so let me summarize. The various stages within first-tier consciousness are all driven by a deficiency motivator. Humans operating at that level are primarily driven by a need to prove something to themselves or others, or by a need/desire to attain something. All levels of first-tier consciousness are highly tribal and see the world as us (my team) against them (the others, who are considered heathens). At the second level, humans aren’t lacking in any major physical or psychological way, and are thus motivated by what Wilber describes as “being needs,” versus “deficiency needs.” Fear dissipates as does attachment to dogma. You’re simply more understanding of different perspectives and the roles they play even if you strongly disagree. 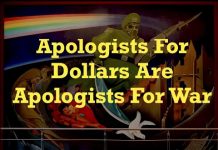 Is the Covid Casedemic Over?