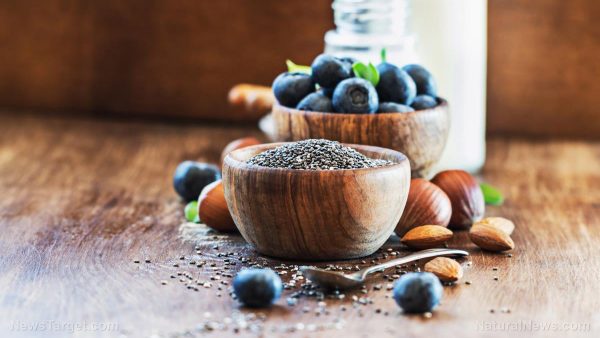 Cervical cancer strikes close to 13,000 women each year, claiming over 4,200 lives. Traditional treatment options include surgery to remove the affected tissue, radiation therapy using high energy x-rays to destroy cancer cells, chemotherapy drugs to destroy the affected cells (although healthy cells are killed too), or a combination thereof. However, these treatments are invasive and have low success rates.

Now, a study by researchers from the University of Missouri-Columbia has confirmed that blueberry extract not only enhances the effects of radiation therapy – one of the most popular treatments for cervical cancer – but is even more successful than radiation at destroying cancer cells.

A radiosensitizer turns out to be a potent treatment
The University of Missouri research team wanted to investigate the use of blueberry extract as a radiosensitizer – a non-toxic, natural substance which enhances the efficacy of conventional cancer treatments like radiation and chemotherapy. The team previously had success treating prostate cancer using a polyphenol in red grapes called resveratrol as a radiosensitizer.

To their surprise, blueberry extract not only proved to be a powerful radiosensitizer, but was shown to be an even more effective cervical cancer treatment than radiation.

Why are blueberries such potent cancer fighters?
Natural Health 365 explained the mechanism by which blueberry extract destroys lethal cancer cells:

The team reported that the extract suppressed a pair of molecules, cyclin D and cyclin E, that encourage the cancerous transformation of cells. In addition to limiting cancer cell proliferation, the blueberry extract caused cells to undergo apoptosis, a type of programmed cell “suicide.”

And, it accomplished this without causing any harmful side effects. (The same can’t be said of radiation, which can damage healthy surrounding cells along with the malignant ones – and cause side effects such as fatigue, nausea, diarrhea, abdominal pain and bowel obstruction).

An earlier study by researchers at Florida State University found that blueberries interfere with the production of pro-inflammatory molecules, which prevents the formation of malignant tumors. As noted by Natural Health 365, the study concluded that these powerful little berries also combat DNA damage and oxidative stress, while reducing the proliferation of cancer cells and inducing the cancer cell “suicide” known as apoptosis.

Other studies have confirmed that blueberries are potent medicine against both colon and prostate cancer cells.