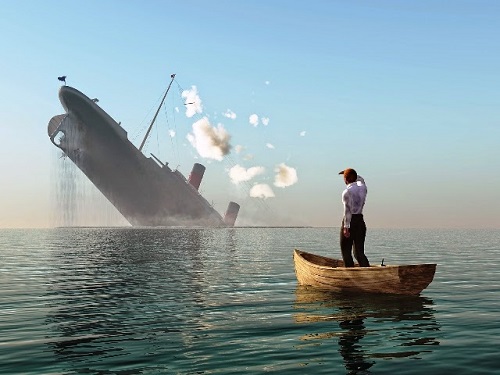 It is at times frustrating, but also interesting, to witness the progression of the mainstream’s awareness of economic crisis within the U.S. over the years. As an alternative economist, I have had the “privilege” of perching outside the financial narrative and observing our economy from a less biased position, and I have discovered a few things.

First, the mainstream economic media is approximately two to three years behind average alternative economists. At least, they don’t seem to acknowledge reality within our time frame. This may be deliberate (my suspicion) because the general public is not meant to know the truth until it is too late for them to react in a practical way to solve the problem. For example, it is a rather strange experience for me to see the term “stagflation” suddenly becoming a major buzzword in the MSM. It is almost everywhere in the past week ever since the last Federal Reserve meeting in which the central bank mentioned higher inflation pressures and removed references in its monthly statement to a “growing economy.”

For those unfamiliar with what stagflation is, it is essentially the loss of economic growth in numerous sectors coupled with a marked spike in consumer and manufacturing costs. In other words, prices keep going up while employment growth, wages, production, etc. decline.

I have been warning about a stagflationary crisis as the ultimate result of central bank bailouts and QE for many years. In 2011, I published an article titled ‘The Debt Deal Con: Is It Fooling Anyone?‘ in which I predicted that the Fed would resort to a third round of quantitative easing (they did). This prediction was based on the fact that the previous two QE events had not resulted in the kind of results the central bankers were obviously looking for. At that time, the stock market remained a dubious mess on the verge of a renewed crash, the U.S. debt rating was about to be downgraded by S&P, true employment growth was dismal, etc. The Fed needed something spectacular to keep the system propped up, at least until they were ready to trigger the next stage of the collapse.

In that same article I also discussed the inevitable end result of this stimulus bonanza: Stagflation.

QE3 was a dramatic con, along with Operation Twist. The Fed got exactly what it wanted — an unprecedented bull market rally in stocks and temporary stability in bond markets. As stocks jumped higher and higher despite all negative fundamental data, the mainstream simply regurgitated the fool’s narrative that a “recovery” was upon us. But now things are changing and no illusion lasts forever.

The second observation I have made is that central banking elites and their cronies tend to give warnings on great economic shifts, but only about a year before they occur. They do this for a few reasons. One, because they are the people that engineer these crisis events in the first place and it’s not very hard to predict a calamity you helped create. Two, because it makes them appear prophetic when they are not, while at the same time giving the public as little time as possible to prepare. And three, because it gives them plausible deniability when the crisis actually happens, because they can claim they “tried to warn us”, though unfortunately it was too late.

The Bank For International Settlements warned of the derivatives and credit crash in 2007, about a year before the disaster struck. In 2017, former Fed chairman Alan Greenspan warned of inevitable “stagflation not seen since the 1970s.” In later comments, he and others attributed this potential crisis to the policies of Donald Trump.

It is important to note that stagflation is entirely the fault of central bankers and not the presidency, though the White House has indeed aided the Fed in its efforts regardless of who sits in the Oval Office.

Years ago there was a rather idiotic battle between financial analysts over what the end result of the Fed’s massive stimulus measures would be. One side argued that deflation would be the outcome and that no amount of Fed printing would overtake the vast black hole of debt conjured by the derivatives implosion. The other side argued that the Fed would continue to print perpetually, resorting to QE4 or possibly “QE infinity” and negative interest rates as a means to stave off a market crash for decades (like Japan) while at the same time initiating a Weimar-style inflationary bonanza.

Both sides were wrong because they refused to acknowledge the third option — stagflation.

Deflationary proponents used to sarcastically argue that if people really believed that inflation would be the consequence of Fed activities then they should jump into the housing market because they would make a mint on price increases. Well, this is exactly what has happened. Home prices have continued to surge despite all fundamentals, including dismal home buyer stats which hit an all time low in 2016 and have barely recovered since.

I use home prices as a prime example of stagflation because the housing market constitutes around 15 percent to 18 percent of total GDP in the U.S. Since items like food and fuel are not counted in the calculation of the CPI index, housing should be the next consideration. Signs of stagflation in housing are a sure indicator of stagflation in the rest of the economy.

The manner in which housing is calculated in the CPI and GDP is a bit odd, of course. Housing is not included in these stats in terms of home purchases annually. In fact, home purchases and improvements are treated by the Bureau of Labor Statistics as an “investment” and not as a consumer purchase, which means they are not considered a measure of inflation. However, home values in terms of their “rental cost and change in cost” are counted in CPI.