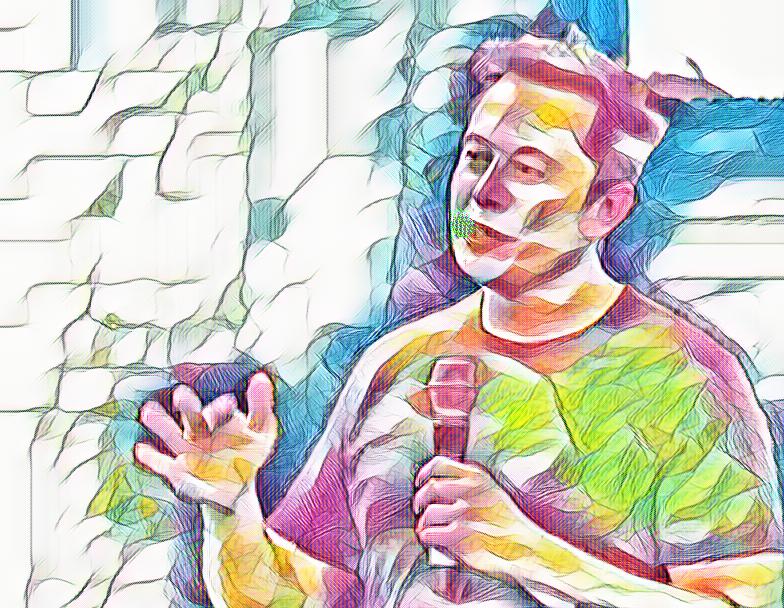 Here at ANP we have documented an extraordinary amount of dishonest reporting from the Mockingbird media over the course of the past couple of years, with a constant stream of corrections, edits, headline changes, retractions, deletions. In some cases the “fake news” reporting has been so bad that those involved had to resign as happened with CNN, or a reporter had to be suspended as happened with ABC News’ Brian Ross after an inaccurate report tanked the stock market.

The sheer number of instances in 2017 alone, shows these are not isolated instances, but have been increasing in frequency, becoming the rule rather than the exception. The most recent example was in mid-May when President Trump referred to the vicious MS-13 gang members as “animals.

SHERIFF MIMS: Thank you. There could be an MS-13 member I know about — if they don’t reach a certain threshold, I cannot tell ICE about it.

THE PRESIDENT: We have people coming into the country, or trying to come in — and we’re stopping a lot of them — but we’re taking people out of the country. You wouldn’t believe how bad these people are. These aren’t people. These are animals. And we’re taking them out of the country at a level and at a rate that’s never happened before. And because of the weak laws, they come in fast, we get them, we release them, we get them again, we bring them out. It’s crazy.

Using a selectively edited clip, showing his remarks without the context of the speaker before him highlighting MS-13, the media went on a rampage claiming the president was calling all illegal immigrants “animals.”

Politico: “Trump faces backlash after calling some undocumented immigrants ‘animals’.” NYT, presented his quote in a graphic, with no reference to MS-13, with a promotional tweet that said “Trump lashed out at undocumented immigrants during a White House meeting, calling those trying to breach the country’s borders ‘animals’.” NBC News’ Andrea Mitchell posted “A tough take down by the California governor after @realDonaldTrump calls people trying to get into the country “animals” not people.” CNN: “We’re taking people out of the country. You wouldn’t believe how bad these people are. These aren’t people — these are animals.” During a meeting with public officials who oppose California’s sanctuary policies, Pres. Trump criticized US immigration laws.”

Democratic politicians and celebrities were fast to spread the false narrative, as documented by TownHall.

That is how fake news goes viral, while the subsequent corrections, deletions, and edits barely get noticed.

Some deleted their promotional posts then offered updated corrections, others didn’t bother. 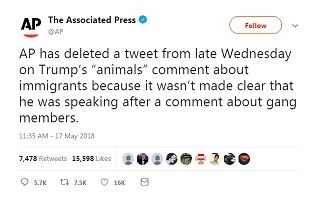 The government cannot hold the media accountable because they are protected by the first amendment, but “we the people,” can and Elon Musk, founder of SpaceX and co-founder of Tesla, announced a way for the public to do so, one that has journalists heads exploding.

After unloading on the media for their “holier-than-thou hypocrisy,” and informing journalists “You lost your credibility a long time ago,” on May 23, 2018 Elon Musk announced, “Going to create a site where the public can rate the core truth of any article & track the credibility score over time of each journalist, editor & publication. Thinking of calling it Pravda …” Musk continued on to state “Even if some of the public doesn’t care about the credibility score, the journalists, editors & publications will. It is how they define themselves.”

Then Musk posted a poll: “Create a media credibility rating site (that also flags propaganda botnets),” which offered two options for responses, 1) Yes, this would be good, and 2) No, media are awesome.”

Tweaking the media, Musk then encouraged them to write articles to get their readers to vote against the idea in his poll, then followed up with “Come on media, you can do it! Get more people to vote for you. You are literally the media.” He concluded with “Amazingly, the ‘media is awesome’ vote is declining, despite hundreds of articles attacking this very poll.”

I am not sure if the media wrote hundreds of articles about it, but they did go after him in full force with the NYT’ Bret Stephens writing an article which said “He is prone to unhinged Twitter eruptions. He can’t handle criticism. He scolds the news media for its purported dishonesty and threatens to create a Soviet-like apparatus to keep tabs on it. He suckers people to fork over cash in exchange for promises he hasn’t kept. He’s a billionaire whose business flirts with bankruptcy. He’s sold himself as an establishment-crushing iconoclast when he’s really little more than an unusually accomplished B.S. artist. His legions of devotees are fanatics and, let’s face it, a bit stupid.”