18 months after he was forcibly handcuffed, hospitalized and placed under “psychiatric evaluation”, Kanye West now says he’s “out of the sunken place”. His choice of words is rather telling.

This is not my first article about Kanye West. He has mentioned in my article about the video Run This Town – back in 2009. That was a while ago. To put things in context, Obama was just beginning his two-term presidency.

Eight years later – shortly after Trump was elected – Kanye’s life took a turn for the worse. In November 2017, he was forcibly sent to the Reagan UCLA Medical Center “for his own health and safety” and stayed there for 10 days. After his release, Kanye took a long break from professional functions and reports about his mental health were not good. Indeed, nearly four months after his hospitalization, people close to him reported that he still suffering memory loss.

What exactly happened during Kanye’s mysterious stay at the hospital? What kind of treatment could cause a person to lose memory for several months?

“Memory loss is the primary side effect associated with ECT treatment. Most people experience what’s called retrograde amnesia, which is a loss of memory of events leading up to and including the treatment itself. Some people’s memory loss is longer and greater with ECT. Some have trouble recalling events that occurred during the weeks leading up to treatment, or the weeks after treatment. Others lose memories of events and experiences in their past.

Memory loss generally improves within a few weeks after ECT treatment. As with psychiatric medications, no professional or doctor can tell you for certain what kind of memory loss you will experience, but virtually all patients experience some memory loss. Sometimes the memory loss in some patients is permanent.”
– PsychCentral, Risks of Electroconvulsive Therapy (ECT)

As stated in previous articles, Britney Spears and Amanda Bynes were also taken to UCLA on “psychiatric hold” after their own mental breakdown. And, sad to say, both of them never truly came back from that place. How many people commented on Britney Spear’s “dead eyes” in the past years?

After his hospitalization, Kanye appeared in public with bleached hair.

Kanye then completely disappeared from public view for over 18 months. Now, in his own words, Kanye is out of the “sunken place”.

Kanye recently resurfaced on social media announcing all kinds of music projects and business ventures. He also professed his love for Donald Trump (which he also did before he was hospitalized).

He also keeps mentioning being “out of the sunken place”. 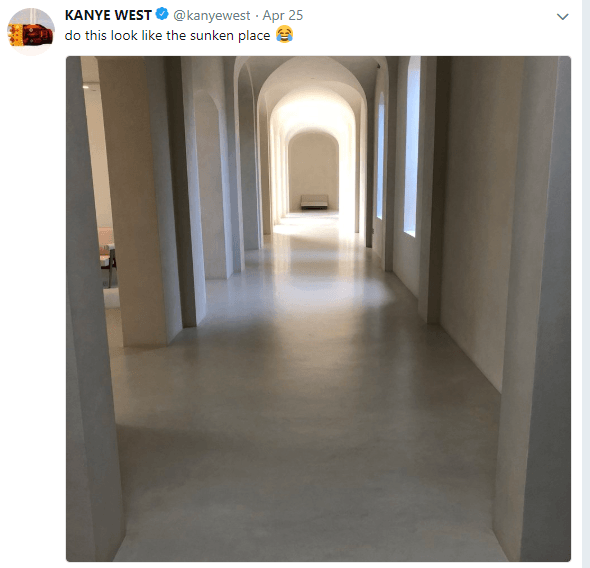 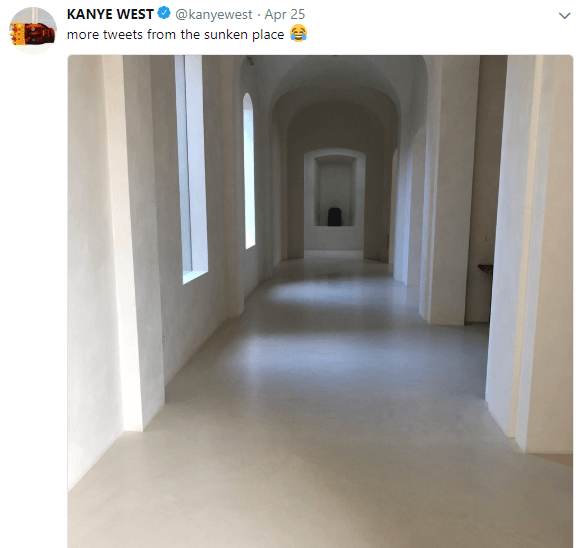 The expression “sunken place” comes from the 2017 movie Get Out and refers to the main character’s state of dissociation after being hypnotized by Missy. Here’s one of the “sunken place” scenes.

As you can see, the scene combines hypnotic triggers (spoon on the cup), elements of neuro-linguistic programming and references to childhood trauma which result in Chris becoming paralyzed to then plunge into complete dissociation.

These are all concepts that relate to Monarch mind control. The fact that Kanye constantly refers to the “sunken place” hint to what actually happened during his hospitalization and the months that followed.