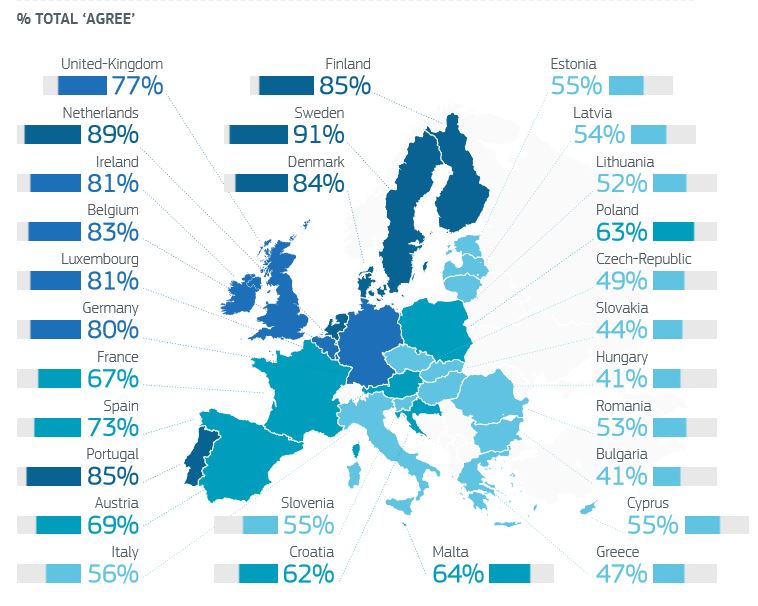 A European Commission poll has found that a strong majority of people in France, Germany, and Sweden believe the integration of migrants has failed in their country.

People in all 28 member states were asked: “Generally speaking, how successful or not is the integration of most immigrants living in [your country].”

Overall, across the open borders bloc, 55 per cent of people said integration it is going badly and 39 per cent said it had been a success, according to the survey commissioned by the European Union’s (EU) unelected executive branch.

In Sweden, the picture was bleak, with just 24 per cent of respondents saying they thought integration was going well, and a shocking 73 per cent saying it has gone badly.

Special Eurobarometer 469: Integration of immigrants in the European Unionhttps://t.co/ZXQi2q7SDA pic.twitter.com/DJVHfrLtSI

In Britain, the picture was slightly more positive, with 55 per cent of respondents saying it has been successful compared to 36 per cent who said it was unsuccessful.

In Italy, the situation was worse than Germany, but better than Sweden, with 63 saying integration was going bad and just 27 agreeing it was going well.

In low-immigration Hungary, respondents were a little more optimistic than the Germans, with the latter’s government adopting an open border approach and the former’s erecting a border wall and campaigning strongly against mass migration.